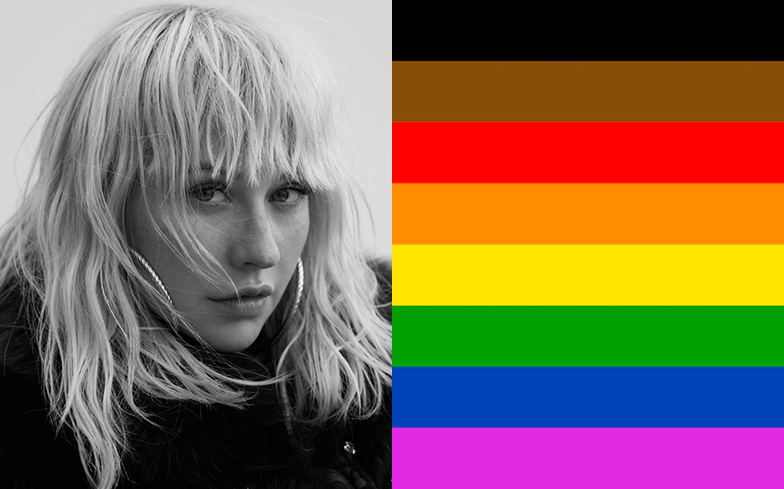 Christina Aguilera has shared a letter of love to her LGBTQ fans.

The six-time Grammy Award-winning artist has been a longtime supporter of queer people, having raised funds to help the fight against HIV/AIDS, and advocating for marriage equality and against anti-LGBTQ bullying.

On Saturday night, she was honoured with the Ally for Equality Award at the Human Rights Campaign Los Angeles Dinner, and while she couldn’t make it to the event, she did share a message of thanks for her LGBTQ fans on social media.

“I have found the most solace and unimaginable strength in my friends who identify as queer,” she wrote, thanking her LGBTQ dancers, glam artists and creative friends who have helped her out of the “darkest times” in her life.

“I recognise there are still so many hurdles ahead, but to realise how far we’ve come and that my voice and presence has made an impact thus far is more fulfilling than words can express.”

Christina’s 2002 single Beautiful is widely regarded as one of the greatest LGBTQ anthems of all time, while the music video featured a same-sex couple kissing and a transgender individual at a time when representation was scarce.

She also dedicated a song called Change to those affected by the horrific mass shooting at LGBTQ nightclub Pulse in Orlando – which left 49 people dead – with proceeds going directly to the victims’ families.

Read her full letter to the LGBTQ community below.

“Since the very beginning of my career I have leaned on the LGBTQ+ community for support, friendship, joy and acceptance. I have found the most solace and unimaginable strength in my friends who identify as queer, and I have crawled out of some of my darkest times thanks to the small group of people I surround myself with – fellow dancers, glam artists, and creatives who I realize are overcoming obstacles of their own – the fights for freedom, the struggles for equality, and prayers for acceptance.

“I think the reason why I connect so deeply with this community is my intense love for anyone who is grateful and passionate to be living as their true selves. I thrive in the company of other humans who are proud of individuality, authenticity and creativity. I wore piercings when society told me to be fresh faced. I kissed girls when executives told me fans would look away. I helped give attention to gay relationships and eating disorders and phobias when they were mostly taboo. What I realize is that I would not have had the power to be where I am today without the return acceptance from those who, like myself, were labeled as ‘other.’

“While these social relationships leave me satisfied and fulfilled, I can’t help but acknowledge the struggle to get where we are today. The activists on the front lines of change have created a world for my friends to also thrive. These forward steps would truly not be possible without the perseverance of the Human Rights Campaign. I recognize there are still so many hurdles ahead, but to realize how far we’ve come and that my voice and presence has made an impact thus far is more fulfilling than words can express. To be acknowledged by the HRC – our leaders who fight for equality – is an honor I accepted with much gratitude. I am unfortunately unable to attend in person tonight, but I look forward to continuing my support of, for and with the HRC.

“As I reflect on what this HRC honor means, I extend my hand to each hero who helped me throughout their own times of struggle and growth. Because each time I was uplifted, I was energized with ability to create music that gives back. This cycle of love and friendship is what will inspire me to continue making music for you – and that’s a promise.”