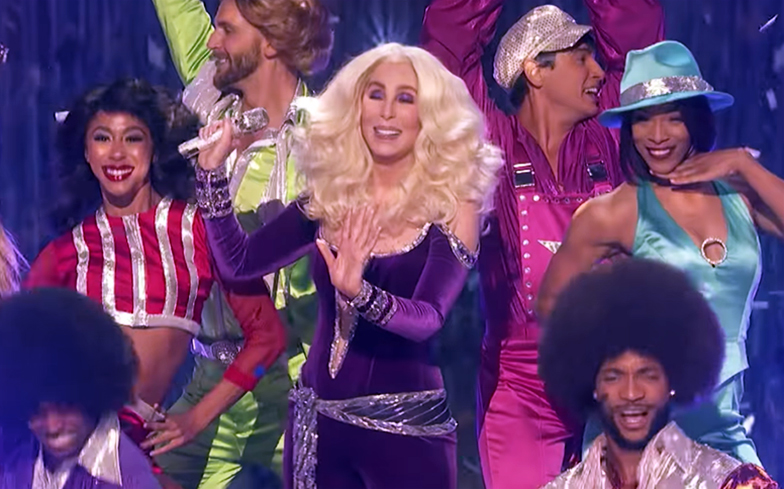 We’ve got this performance on repeat.

Cher has spent decades gifting the world with timeless original songs like If I Could Turn Back Time and Believe, but last year she tried something new when she lent her iconic vocals to a selection of ABBA classics on covers album Dancing Queen.

One of the standout tracks was Waterloo, a song which she recently performed live on the America’s Got Talent stage during the popular TV competition’s season 14 finale – showing the contestants how it’s really done.

The iconic performer delivered all the camp we’d expect, including glitzy 70s-inspired outfits, a voluminous blonde wig, a sparkling disco ball and even an explosion of glitter to top it all off.

Unsurprisingly, the prospect of two pop music behemoths colliding was a hit with fans of both Cher and ABBA – the album broke into the top five in the US and UK charts – so it’s only natural that a follow-up is now in the works.

Back in November last year, she teased that she’d like to do a second volume of ABBA covers, and would include songs like Does Your Mother Know, Super Trooper, Money Money Money, Take A Chance On Me and I Have A Dream if it came to fruition.

It’s all gone a bit quiet since then, but when Cher was recently asked by a fan on Twitter for an update on the potential for a follow-up album, she confirmed that she’s “been downstairs recording” and has completed four songs already.