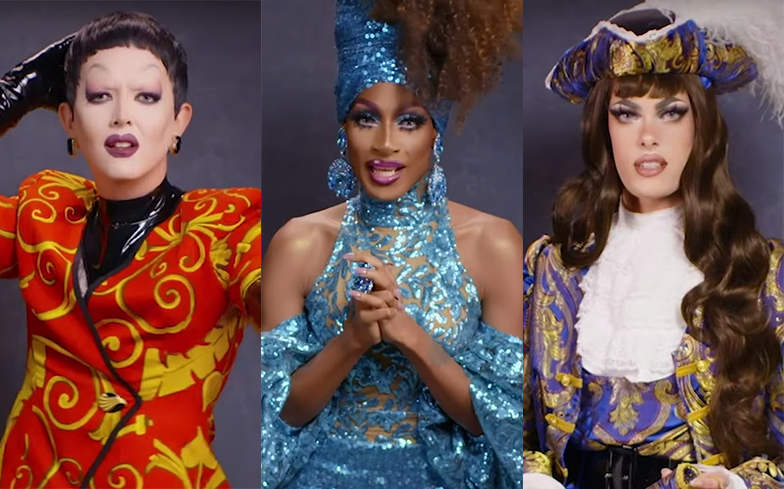 The queens of RuPaul’s Drag Race season 12 are bringing it with their entrance lewks.

Ahead of the premiere on 28 February (TOMORROW!), VH1 have released a video of all 13 queens before they enter the werkroom as they answer rapid-fire questions on how they’d die in a scary movie and if they’d pick Gaga or Beyonce etc.

Gag on their extravaganza below…

Ru recently confirmed that the premiere will be split into two separate episodes.

Nicki Minaj will make her judging debut on the premiere, and will be followed by stars such as Normani, Robyn, Jonathan Bennett, Chaka Kahn, Alexandra Ocasio-Cortez, Jeff Goldblum, Daisy Ridley, Thandie Newton and Olivia Munn.

Drag Race season 12 will premiere on VH1 in the US and will be made available on Netflix in the UK at 8am.