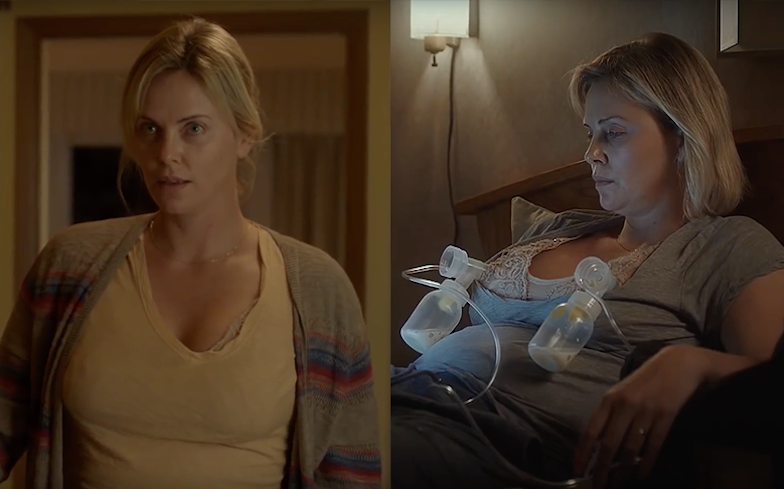 Charlize Theron gives another career-best performance in the upcoming comedy-drama.

The movie centres on the relationship between Marlo (Theron) and Tully (Mackenzie Davis), a night nurse described as a “millennial Mary Poppins” who saves the overworked mother from an impending breakdown.

Over the course of the film, Marlo develops romantic feelings for Tully, unbeknownst to her oblivious husband Drew (Ron Livingston).

Tully is the third collaboration between director Jason Reitman and screenwriter Diablo Cody, after their critically acclaimed dramas Juno and Young Adult, and has been lauded by critics as their best collaboration so far.

Critics have also said Theron gives a stunning, “career-best performance” in the comedy-drama, so another Academy Award nomination doesn’t look too unlikely…

Theron previously played a bisexual character in the female-led action flick Atomic Blonde (2017) and won an Oscar for her performance as queer serial killer Aileen Wuornos in Monster (2003).

In the past, the South African/American actress has expressed the need for more queer representation in the movie industry. During an appearance on Watch What Happens Live with Andy Cohen, Theron was asked why it was important for her character in Atomic Blonde to be bisexual.

She said: “Why not? I mean, it’s just so strange when we talk so much about it. It should be normalized by now.

“It’s something that I feel is not represented enough in cinema, and I feel like when you make movies, if you’re going to hold that mirror up and reflect society, then you should reflect society.”

Watch the trailer for Tully below.