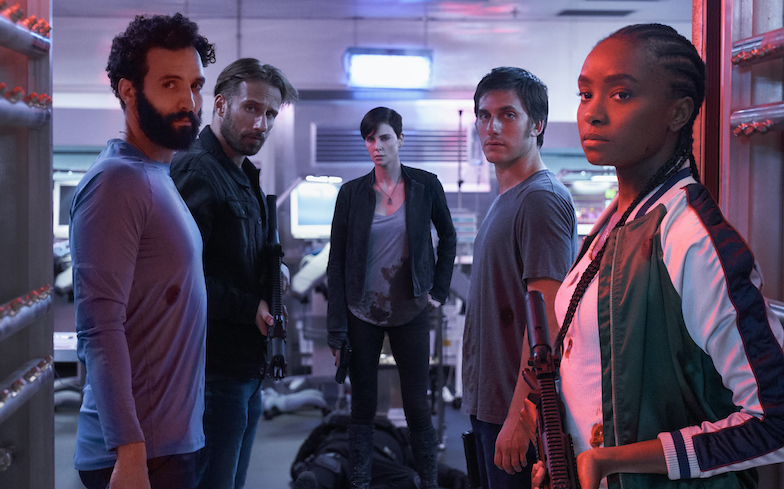 Netflix have released the first action-packed trailer for The Old Guard.

Based on the acclaimed comic book of the same name, The Old Guard focuses on a squad of centuries-old immortals and mercenaries – led by a hardened warrior called Andy (Charlize Theron) – who have the mysterious inability to die.

The team’s mission of protecting the mortal world is thrown off balance with the awakening of the first new immortal in centuries (Kiki Layne), and the emergence of a new threat seeking to replicate and monetize their power.

In an interview with Vanity Fair, Theron – who is no stranger to badass female roles (Aeon Flux, Mad Max: Fury Road, Atomic Blonde) – said her character is “feeling the weight of thousands and thousands of years” of missions.

“From the first moment I read [Greg] Rucka’s graphic novel, I felt like there was great potential to make this thing feel really very relevant and have it ask some real questions about humanity. Is what we’re doing enough?” she told the publication.

“Is what we’re doing actually changing anything? Are we making better or are we making the world worse?”

The Old Guard premieres 10 July on Netflix – watch the first trailer below.