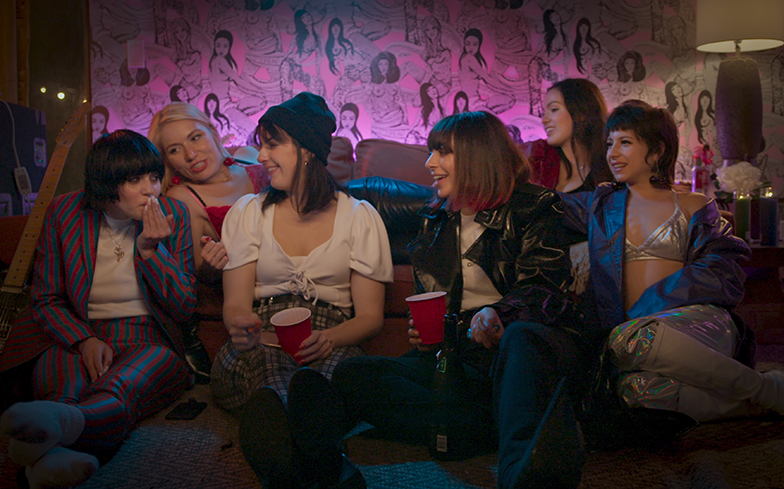 Nasty Cherry have landed their own Netflix series.

The alternative-pop band, who are signed to Charli XCX’s label Vroom Vroom, will document their origin story – from moving in together to their first ever performance and debut single – for the six-episode series, titled I’m With the Band: Nasty Cherry.

The synopsis reads: “In an era where there is no roadmap to success in the music industry, global pop star Charli XCX handpicked four women to form the alt-pop band, Nasty Cherry, an unconventional mix of seasoned musicians and first timers.

“An intimate look into what it takes to make your dreams come true, I’m With the Band: Nasty Cherry follows the women as they navigate a new age of music, making up their own rules as they go and blowing up Instagram feeds in the process.”

Nasty Cherry have built up quite a following since their debut in the music industry earlier this year, with over 90,000 monthly listeners on Spotify. Their first single Win has been streamed 1.5 million times.

They’ve since made waves in the pop scene with alternative-pop anthems such as Live Forever, What Do You Like In Me and Music With Your Dad. Their debut album is expected for release sometime in 2020.

I’m With the Band: Nasty Cherry premieres 15 November on Netflix – watch the trailer below.