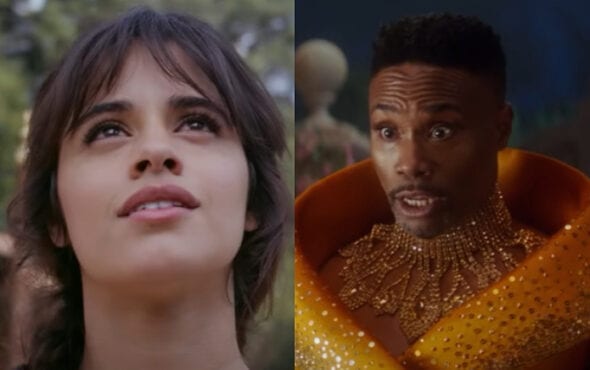 The first teaser trailer for Prime Video’s upcoming adaptation of Cinderella is here.

Described as a modern reimagining of the iconic fairytale, the long-awaited new version will star Havana songstress Camila Cabello as Cinderella.

According to the streamer, the film is a “musically-driven bold new take on the traditional story you grew up with,” and follows “an ambitious young woman whose dreams are bigger than the world will allow.” The official synopsis continues: “But with the help of her Fab G, she is able to persevere and make her dreams come true.”

Billy Porter stars as the Fab G, the title character’s genderless fairy godparent – making history in the process as the first man to play the Fairy Godmother. Cabello and Porter are joined by Idina Menzel as Cinderella’s wicked stepmother Vivian, Nicholas Galitzine as Prince Robert, Pierce Prosnan as King Rowan and Minnie Driver as Queen Beatrice.

In the short teaser, Cabello sings about how everyone in her town will soon know her name. The funniest moment comes at the end when Porter asks Cabello if she wants to attend the ball, to which she responds: “Yes, I was just crying and singing about it, like, two minutes ago.”

Cinderella will incorporate covers of classic pop anthems from global superstars, as well as original songs from Cabello and Menzel. The musical launches exclusively around the world in 240 countries and territories on Prime Video this September.

Watch the first teaser trailer for Cinderella here or below.