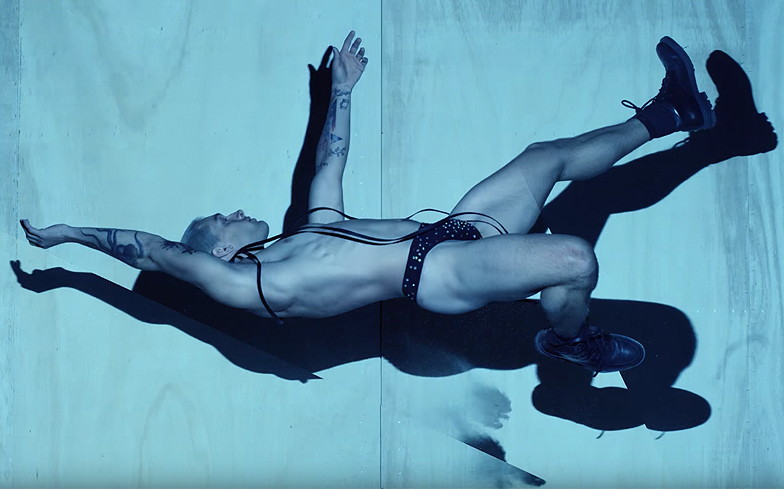 The band have released Butterscotch Goddam as the latest single lifted from their new album Sir, which was finally made available to fans on Friday (16 February).

The visual sees the band perform the track with an array of captivating dance performances, which fully celebrate the male form and same-sex love.

“The song is about a tumultuous love affair,” explained Carlo Van de Roer who directed the music video.

“We shot the video entirely in-camera, using optical devices and new filmmaking tools to play with the push and pull of a dichotomous relationship, and the accumulating distortion of reality that comes with that.”

Sir is Fischerspooner’s first new album in nearly ten years, and will be supported by a handful of headline shows next month.

The collection had been produced by REM’s Michael Stipe, and features additional production by BOOTS (Beyonce, Run The Jewels, FKA Twigs).

It was also mixed by both Stuart White (Beyonce’s Lemonade) and Andy LeMaster.

Butterscotch Goddam follows FIscherspooner’s recent single TopBrazil. The accompanying music video was created in response to the current atmosphere in America, where LGBTQ rights are under attack by the Trump administration.

The visual was directed by Tom C J Brown and features Fischerspooner frontman Casey Spooner surrounded by naked male bodies, as they all writhe together as one.