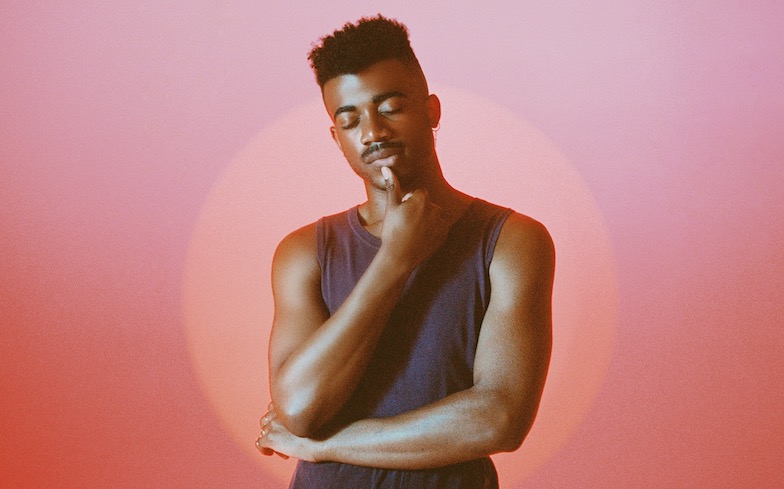 Bronze Avery has released his infectious new single Only You.

Speaking to GAY TIMES, the American singer-songwriter said the R&B, trap-influenced track is primarily about self-love, but can also apply to love for a “a partner, a family member, a hyper crush, and anything in between.”

The song, which was written and produced by Bronze, has received a stunning visual which he co-directed with long-time collaborator Justin Gilbert. He also crafted the graphics and choreographed the dance.

“I’m super proud that we were able to create this during COVID-19,” he says. “It’s important that people know that Black individuals can take the driver’s seat with their artistry and get super creative with their available resources and no budget.”

Bronze was hesitant to release the single this week due to the protests that have erupted in cities across the US – and the world – following the murder of George Floyd, a 46-year-old Black man who was murdered by a white police officer.

He continues: “My entire community is hurting, but inspired to make necessary change. I wasn’t sure if I was going to continue with the rollout, but I’ve been urged by many that they want to amplify and hear the words of Black voices.

“I decided that there isn’t ever going to be a “better” time as I hope this conversation around systemic racism continues.”

Bronze says the uprising of the Black Lives Matter movement forced him to address systemic racism, white supremacy and police brutality in his everyday life by having “hard conversations with friends and collaborators.”

He also pulled out of Grindr’s Live Festival due to take place later this month because of their ethnicity filter.

“The night I pulled out some of their staff members had an internal conversation and the next day the filter was removed, starting a domino effect with other queer dating apps like Scruff and Jack’d to do the same,” he explains.

“I know I’m not the first to express disappointment in this filter option, but I am so happy that by voicing my opinion, an internal conversation began that changed the way we use the dating app. It gave me hope and confirmation that this movement is working and changes, big and small can be made if we continue to make noise.”

Only You is now available on iTunes and streaming services – watch the stunning music video below.