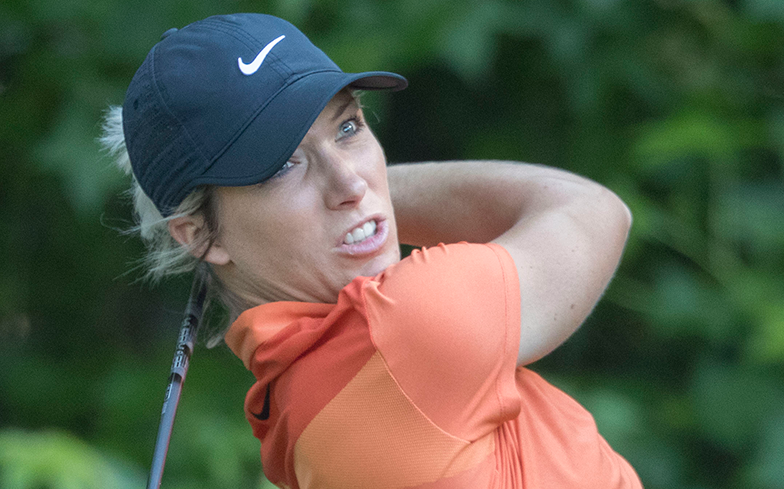 “You have one life, so be the best version of yourself and be proud of who you are.”

In a heartfelt interview with Athlete Ally, an organisation aiming to end “the rampant homophobia and transphobia in sport”, Mel spoke about her decision to come out and why she chose to join them as a Pro Ambassador.

“I fell in love with a girl and I was excited about it, so I told my sister who was completely cool about it, and then my brother,” she revealed. “My parents are older than most, but they couldn’t have been better about everything.

“They just assured me that as long as I love a good person, it doesn’t matter what race, gender or background they come from. I was very lucky my entire family is very liberal and embraced it totally.”

Mel explained that she “protected” her sexuality throughout her career because she thought staying in the closet would garner more sponsors.

“Then I started to wonder why these companies would want to sponsor me and have me represent them if I can’t be my authentic self,” she continued.

“There is only one of you in the world and you have one life, so be the best version of yourself and be proud of who you are. That’s when you attract the right people around you to make you better, and ultimately, happier.”

The British golfer said she wants to be part of Athlete Ally because she feels “it’s important for people to be themselves”.

“Just because they love someone that may not be ‘socially correct’, it does not make them any less of a person,” Mel added. “It’s important for me to always fight for equality.

“I’ve been fortunate to have a platform to reach a lot of people and I’ve tried to take advantage of that when I can. Athlete Ally helps spread that message even further and I’m very excited to join the team.”