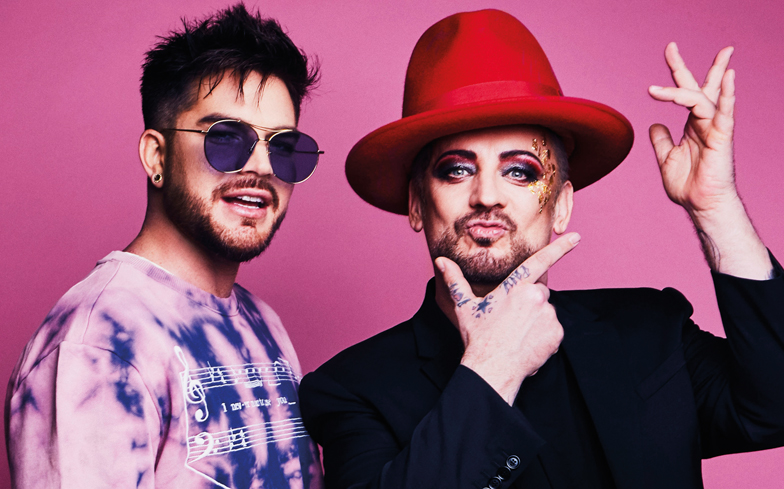 Boy George has revealed that he is currently planning a residency in Las Vegas next year.

The Culture Club singer sat down with fellow musician and friend, Adam Lambert, for the new relaunched issue of Gay Times to speak about heading to Sin City for a glitzy new show.

“So at the moment we are meeting with various people to sort of see what the view is. I am probably going to perform with guests. So feel free to come along,” he added to Adam.

The pop icon wants the show to launch “summer or September next year” and divulged just a few of the names he’d love to join him on stage.

“K.D Lang would be great – you know all the divas! Cindy Lauper,” he said. “Madonna. Come over Madge! Lets do I Made It Through The Rain by Barry Manilow. It’s our song! I can just hear it! If I had to choose a song with me and Madonna I’d choose that!”

Elsewhere in the interview, Boy George speaks about the upcoming Culture Club record, signing to a major label again, and his rumoured unreleased track with the late George Michael.

He also reflects on the past 30 years of his life, since the first time he graced the cover of Gay Times back in January 1988.

“I feel that life is about growing in to who you are,” he said.

“You know Quentin Crisp used to say ‘you have to push your neurosis around in your body until it can sit somewhere that you can live with it’ and I think that’s so true.”

The new issue of Gay Times is on sale now and can be purchased for £4.95 from our newly-launched online store.