Big The Musical an enjoyable take on 1980s film – review 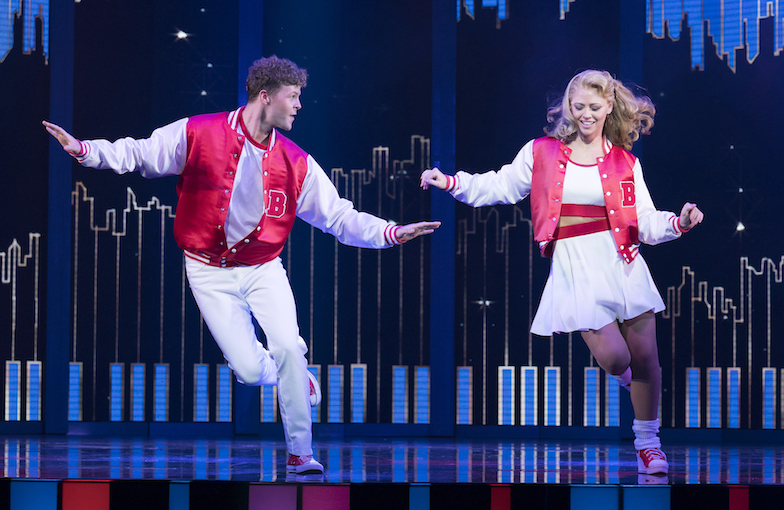 This musical version of the classic 1988 film has opened at London’s Dominion Theatre, directed and choreographed by Morgan Young.

The stage adaptation of Big has had a long journey to London; opening on Broadway back in 1996, it was not a resounding success and closed after six months. A re-worked version of the show emerged some years later to critical acclaim. It has now made its way to the West End, following a 2016 touring production which starred The Wanted’s Jay McGuinness in the lead role of Josh Baskin. He reprises this role here, with Girls Aloud’s Kimberley Walsh playing love interest Susan Lawrence. The pair star alongside soap veteran Wendi Peters at Josh’s mother and TV personality Matthew Kelly as toy shop owner George McMillan.

It concerns the story of Josh, a school boy who, following an embarrassing encounter at a carnival, wishes he was big. He wakes the following morning to discover his wish has unexpectedly been granted. With his own mother not recognising him – and calling the police – Josh flees home and starts to figure out how to function as an adult in New York, finding himself a job and somewhere to live.

Big The Musical is certainly a show which lives up to its name. Set in the cavernous Dominion Theatre, everything about this show is on a huge scale, be that the size of the set or the programme which is far too big to fit in any reasonable-sized bag. This production is also full of large-scale set-pieces, whether that’s a sharply-choreographed song and dance number, or a re-imagining of the classic oversized piano sketch in the toy store – which, thankfully, looks absolutely wonderful and is a total joy to watch.

Unfortunately it’s not all this good. Notably the songs are a bit weak – which is obviously quite a big deal in a musical. The orchestra sounds fantastic, and the music passes by pleasantly enough, but none of the numbers stayed with us after we left the theatre. The lyrics are on the simple side, largely stating the obvious or telling us what we already know, and most of the melodies are rather pedestrian. It’s a shame as both Jay and Kimberley are talented singers – these largely forgettable tunes are a far cry from the bangers we’re used to from them.

There’s still enough here to enjoy – the quality of the musicianship is excellent, while the show features some of the sharpest choreography in town. We also enjoyed a handful of surprisingly-funny jokes. Sadly it’s let down in a big way by a score which is just a bit average. Big The Musical provides an entertaining night at the theatre, but with some stronger songs this could have been great.