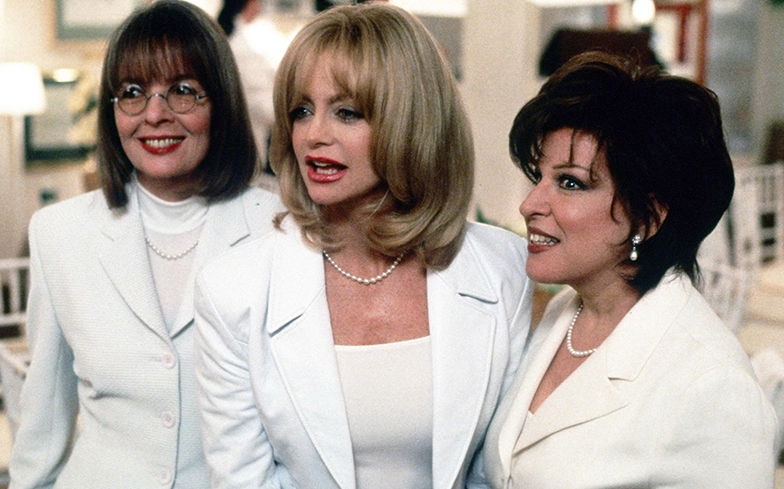 It’s the big-screen reunion we’ve been waiting for.

Revenge comedy The First Wives Club has become a camp classic since its release in 1996, largely thanks to its iconic trio of lead actors – Bette Midler, Diane Keaton and Goldie Hawn.

Now, it’s been announced that the three stars will be reuniting for a new “multigenerational family comedy” called Family Jewels, and it sounds like the perfect premise.

The film follows Bette, Diane and Goldie as three women who are forced to spend the Christmas holidays together, along with their kids and grandkids, after the man they were all once married to drops dead in a New York City department store.

New Republic Pictures principals Brian Oliver and Bradley Fischer will produce along with Alan Nevins, while Tracey Nyberg will executive produce, according to Deadline.

“The chemistry of Diane, Bette and Goldie is unmatched and irresistible, and I’m thrilled to help reunite them on screen for generations of fans,” said Fischer.

Nevins added: “I, and the public, have waited many years for these three ladies to star in another film together.”

Production is expected to start this year, with Peter Hoare writing the screenplay.

It’s not the first time Bette, Diane and Goldie have planned to reunite for a film – back in 2015, it was announced that they would be starring in a Netflix original called Divanation, but that fell through with Diane explaining that the script was “flawed”.

We’re keeping our fingers crossed that Family Jewels makes it to the big screen.