BenDeLaCreme announces UK tour dates for Ready to Be Committed 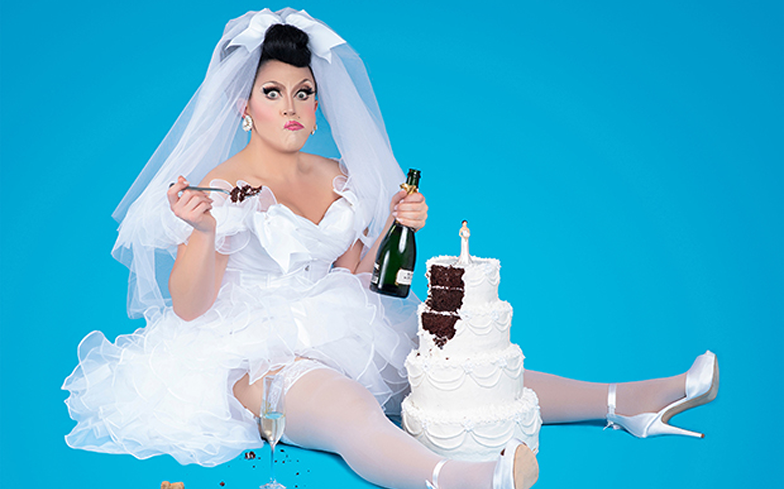 BenDeLaCreme is about to embark on her biggest UK tour to date.

This July, the legendary RuPaul’s Drag Race (and All Stars 3) contestant will bring her narrative-cabaret one-queen extravaganza, Ready to Be Committed, to Newcastle, London, Glasgow, Manchester and Brighton.

Written, directed and produced by Ben, the show follows her drag character as she embraces her inner bridezilla for her upcoming nuptials. It originally played to sold-out crowds in the US last year to universal critical acclaim.

When we spoke to Ben last summer about the show, she told us that it “goes beyond talking about just gay marriage” and said it touches upon “marriage throughout history and where it comes from as in medieval times”.

She added: “The fight for marriage equality has been a huge part of the conversation of the queer experience for a long time. Part of that conversation has always been, ‘This is a right that we all deserve.’

“Another part of that is, what does it mean to assimilate in this way? And engage in something that is a heteronormative marker that all homosexuals have been told that they need to do in order to be valued as members of society?”

Tickets are available to purchase now at www.bendelacreme.com – check out the UK tour dates below.

Watch BenDeLaCreme explain how the concept of Ready to Be Committed came to fruition below.