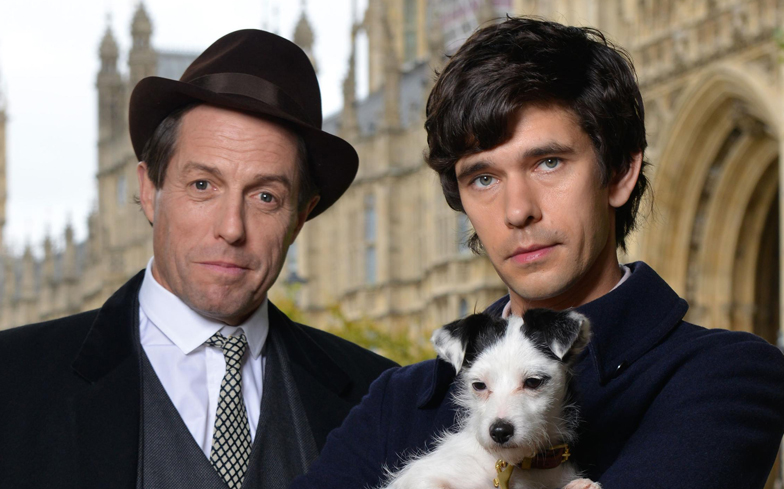 The real-life story of Liberal Party leader Jeremy Thorpe, the three-part series saw the politician embroiled in a secret gay love affair during the height of his career in the late 1960s, only to then go to extreme lengths to make sure the truth didn’t come out.

In this exclusive interview for Gay Times ahead of the DVD release of A Very English Scandal, Ben Whishaw talks about the challenges the role presented, his experience meeting the real Norman Scott, and how the story still has relevancy in today’s society.

What attracted you to the part?
To be honest, it’s because it really made me laugh, but in the way that real life is so often full of absurd and ludicrous, farcical things. It was the fact that it was a real life story with so much tragedy but that was also very funny in a dark way. I liked that.

Is it difficult playing a real life character?
It’s not difficult, but you feel a responsibility to honour him and to be aware that it really happened to this human who’s still here. You have that in your mind, for sure, and you have to treat it with a degree of sensitivity and not make judgements on him. He was so judged by everybody, by the press and people at the time, I wanted to not do that.

Did you meet him?
I only met him once and for an hour and a half, or maybe less. I can’t say I know him well, but it was nice to meet him and to hear a little bit about what he recalled of the events. Obviously he’s in his 70s now, so he remembers and sees the whole thing quite differently to how it was 30 odd years ago.

Was it a story that you were familiar with?
No, I hadn’t heard anything about it, never heard of Jeremy Thorpe.

What most shocked or surprised you, looking at it for the first time?
I suppose it is shocking that leader of a major political party feels so entitled, so driven, so ambitious and so distressed that they thought that they could have an ex-lover thrown down a tin mine in Cornwall and that was a perfectly achievable and okay thing to do. [laughter]. But maybe not so shocking. Who knows – maybe it’s going on all the time.

What’s Stephen Frears like to work with?
He’s great. I think I would say he partly works by creating a sort of chaos. [laughter]. But I think that’s how his creativity comes about. It took me a while to understand that, but once I found my groove I felt very trusted by him and I found him to be really clear about what he wanted.

What was it like teaming up with Hugh Grant again?
It was terrific. It’s funny, because we only have these few scenes – a very tiny window of time together – and then spend the next 20 years hating one another from a distance [laughter]. Although he’s been trying to kill you most of the time?
Yes [laughter]. In all incarnations, yeah.

How were the dogs as co-stars?
The main dog that features in the story is a Great Dane, called Rinka, which you probably heard of ’cause Rinkagate was the dog was shot instead of Norman. The other dogs – the little dog you see in my arm – was very smart. But Great Danes, I have learned, are not so clever. So we went through about four Great Danes. They’re quite highly strung and not that bright.

How do you think the rest of the world will react to something which is very British?
On the one hand it’s very specifically British, or English, but on another it is exploring corrupt politicians, relationships between a politician and another person from a lower strata of class… these are universal. I think it will translate well. I’d also think it’s a kind of warped love story. All the emotion and the energy that could’ve gone into the relationship goes into the warped destroying one another, or trying to get back at each other obsessively. And that’s also very universal.

How does it make you feel about politicians?
I’m as frustrated by politics as the next person. But at the same time I think it’s not a helpful thing to just be sceptical. You get the politics that you deserve. I think it’s not helpful to give way to futility and scepticism and despair about these things. And I do believe some politicians are genuinely motivated by a desire to make things better. I believe that there are still individuals like that

Is it a good story for this era of social media hounding and shaming?
You mean the speed at which people are judged? Yes – it’s a big thing in people’s lives at the moment, the speed at which you can find yourself in an argument or you’re being attacked because you said something. It does feel relevant in that regard.

A Very English Scandal will be released on DVD and Blu-ray on 2 July, and is available to pre-order now.