BBC radio presenter comes out as non-binary live on air 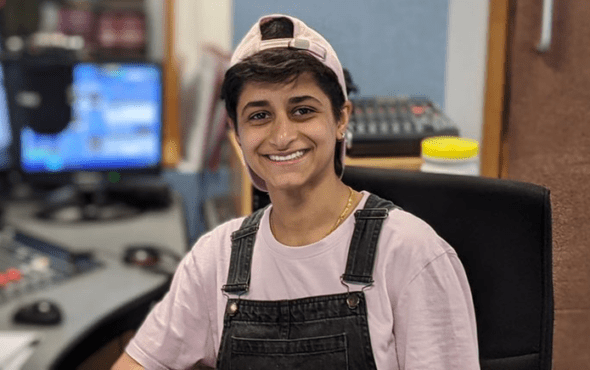 BBC radio Wiltshire presenter Shivani Dave used their show to come out as non-binary during a Pride special.

Ahead of the big announcement, Shivani took to the airwaves to play I’m Coming Out by Dianna Ross followed up with an explanation on what the meaning of the song stands for, but also how the process of coming out is one that the LGBTQ+ community often have to do frequently.

“Coming out is something a lot of us feel like we should do, and it isn’t just a one time thing either,” they told their audience during a live broadcast, “You know what I said about coming out over and over again? I just did it.”

Ahead of playing a song by the non-binary identifying artist Sam Smith, Shivani used their platform to educate radio listeners and elaborate on their own gender identity, labelling themselves as “just a person”.

“Non-binary actually means a lot of different things to different people,” they explained. “For me, it just means I don’t identify with being a man or woman. I’m sort of outside those two options – I’m just a person.”

After their debut show, the presenter provided a statement building on the importance of representation in the industry.

“The presence of non-binary representation in mainstream media like the BBC is virtually non-existent,” they said following their live coming out. “In coming out so publicly I hope to show other non-binary people that they should be proud to embrace who they are.”

Shivani, who identifies as bisexual, also hoped their move to come out as non-binary on air would “empower” other BAME LGBTQ+ people who are “an unheard minority in the queer community”.

You can listen to BBC’s Pride special here.