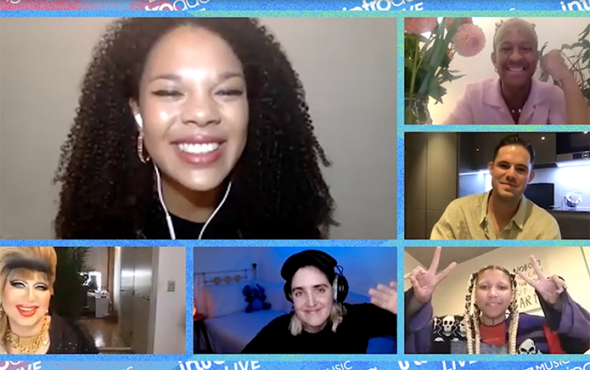 This year’s event took place digitally for the first time due to the ongoing pandemic.

The young innovators dived into a series of topics concerning the LGBTQ+ community in the music space.

During the panel, Lava La Rue spoke about their gender non conforming journey and the much-needed education within the music industry stating: “I was just always like a little gender non conforming child, I never felt weird or confused, it was other people that were just confused of my existence […].”

They continued: “Even getting older and making music and putting myself out there and people being confused, that I can still be gender non-conforming but still identify as a lesbian. There are a lot of things that still need to be put in this conversation.”

Tag Warner also gave an inspiring message for the LGBTQ+ community, stating: “My message is, there are people creating space for you to come into it, and I think that’s a really exciting moment.”

“We don’t need to be competitive with one another, because we have enough problems externally as it is, if anything we can try and create space for one another,” he continued.

Jaguar also hosted a fun round of quick-fire questions in which the panelists were given a variety of ‘would you rather’ questions.

BBC Music Introducing LIVE has become one of the industry’s fastest-growing and highly anticipated events.

The week-long panel is a creative playground for music enthusiasts and artists to connect, share, and learn.