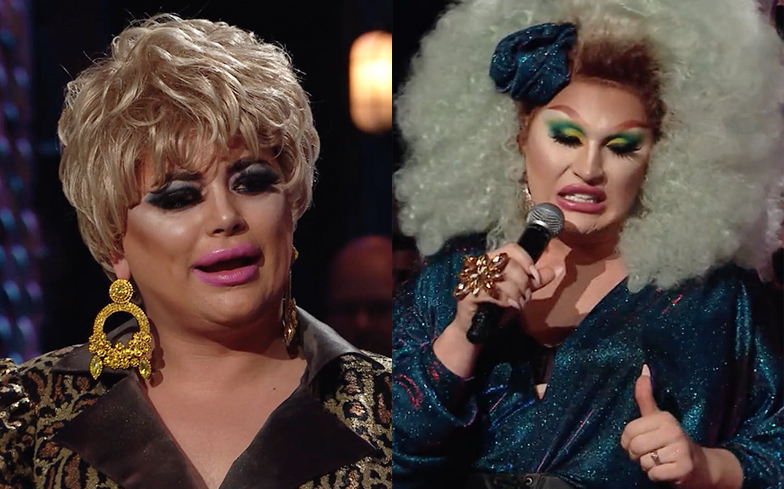 “Can we get a zoom in on these toes please? She’s filming the sequel to Cliffhanger!”

The episode saw The Vivienne and Baga Chipz, who you’ll no doubt recognise from RuPaul’s Drag Race UK, take on Glamrou and Crystal, stars of drag super group Denim, in a face-off to end all face-offs.

“Baga is actually still in the closet. She’s a Tory,” joked Crystal. “But honestly Baga, being a Tory kinda suits you because you’re just like the country – in a state of disrepair, falling apart at the seams and constantly being fucked by rich, tax-avoidant men like Jimmy [Carr].”

Never one to miss a comeback, Baga replied: “Crystal, when you were five, you put on your first dress and you were singing to Celine Dion’s My Arse Will Go On. Well, like the Titanic, she likes to go down and she’s full of dead seamen.”

When it came to the judges decision, Katherine Ryan chose Glamrou and Crystal as her favourites, but both Noel Fielding and Jimmy Carr voted for Baga and The Vivienne, declaring them winners of the roast battle.

Watch a clip of the episode below for more epic shade.