Armie Hammer had a “passionate” makeout session with Timothée Chalamet 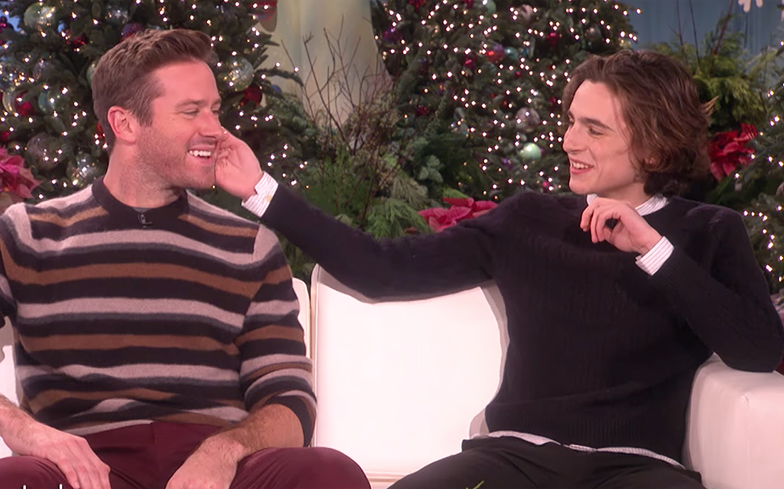 Armie Hammer and Timothée Chalamet couldn’t stop kissing while filming Call Me By Your Name.

During an appearance on The Ellen Show, the two actors recalled their first ever rehearsal for the critically-acclaimed movie, where director Luca Guadagnino initiated an extended makeout session to help break the ice.

“We get out to this patch of grass and he goes, ‘Okay, we’ll rehearse right here, let’s just pick a scene, let’s do scene 71’ – he just kinda arbitrarily throws out a number,” Armie recalled.

“So we go, ‘Okay, great!’ We get to the page on the script and all it says is, ‘Elio and Oliver roll around in the grass making out’. And we kinda look at each other like, ‘Alright, that’s why we’re here, let’s do this!’

“So we kinda get down on the ground and start making out, and he goes, ‘No, no, no, stop, what are you doing? I want you two to make out like you want to make out with each other, passionately!’

Here’s hoping someone filmed that moment for the DVD extras…

Later in the interview, Ellen showed off a hilarious clip of Timothée displaying his best rap skills for a school project during his statistics class, which will make you see the actor in a completely different light.