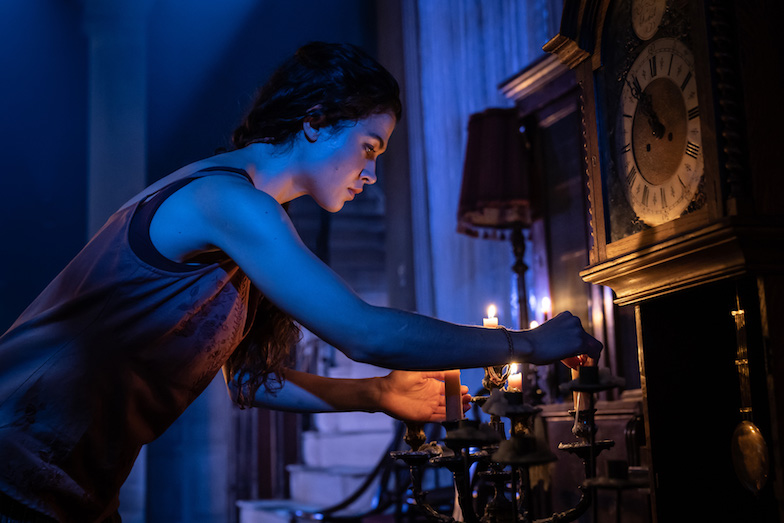 Branden Jacobs-Jenkins’ play has made its UK debut at the Donmar Warehouse, directed by Ola Ince.

We were thoroughly impressed with Branden Jacobs-Jenkins’ play An Octoroon last year at the National Theatre – a daring, subversive show which questioned what it meant to be a black playwright. Appropriate also explores race as an issue, but from an entirely different perspective, reimagining the classic American dysfunctional family drama. It focuses on the lives of the Lafayette siblings, who have gathered in their late father’s decaying plantation mansion home to deal with his estate.

It’s a brilliantly-told story. While the initial scenes deal with some fairly mundane, predictable issues – family history, who will be dealing with what regarding the house and possessions – proceedings take a dramatic turn on the discovery of a collection of photos which, at best, could be described as highly problematic. The siblings , alongside their respective partners and offspring, all have a variety of responses to the photos – not simply about what to do with them, but how they affect everything they thought they knew about the man they had previously revered and respected.

It’s perfectly paced – over the course of the play we’re gradually drip-fed snippets of further damning evidence about the father’s true nature; seeing how the family reacts is utterly devastating, but completely enthralling. There’s a surprising amount of humour, too – the Lafayettes are dealing with some really serious and difficult topics, but numerous brilliantly dark quips and witty one-liners permeate the intelligent script.

The quality of the acting is superb throughout. Monica Dolan, fresh from her Olivier award-winning performance in All About Eve, steals the show as eldest sibling Toni – cruel, angry and embittered, but commendably also showing the sadness that has caused her so much anguish. Hers may be the stand out but it’s one of many fine acting performances on display here.

It’s very difficult to find fault with this production. Branden Jacobs-Jenkins’ smart script is full of humour while also tackling many challenging, topical issues; Fly Davis’ set looks superb; Anna Watson’s lighting and Donato Wharton’s sound make for a wonderfully engrossing show; while a collection of superb performances help ensure that Appropriate is an utterly captivating theatrical experience. Not to be missed.