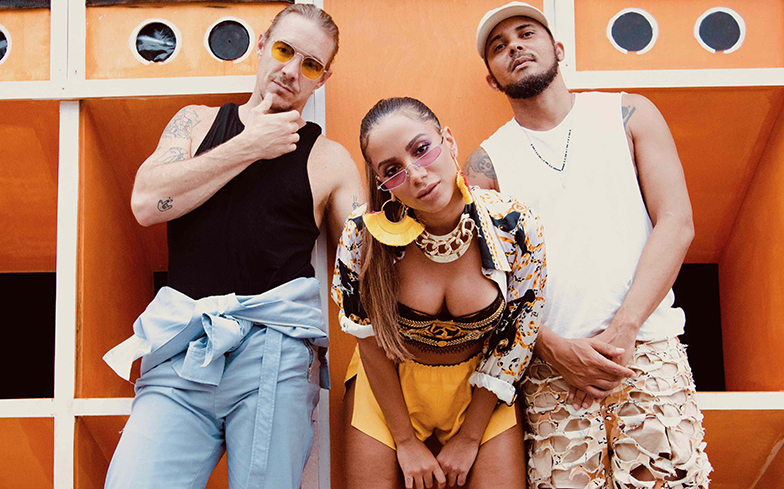 Anitta has teamed up with Major Lazer for another summer smash.

“Having the opportunity to write and compose another song with Major Lazer was really special. We have developed this energy that is similar to being around family and close friends when we work together,” Anitta said of the collaboration.

“It’s good to be able to bounce ideas off each other and that’s something that happens naturally now. I think it’s difficult for anyone to listen to this song and remain still.”

The track kicks off Bacardi’s new summer campaign Pass The Beat, part of the rum brand’s overarching Do What Moves You campaign.

Listen to Make It Hot below.

When we interviewed Anitta last year, she spoke about how important it is to be an ally to the LGBTQ community.

“Of course it’s important! I think that people need to respect difference. It doesn’t matter what other people do with their lives, because that is nothing to do with yours. You need to learn to respect other people, and that’s it,” she said.

“This community just hug me, they just like me, and I feel like I need to give something back to them.”

You can read our full interview with Anitta here.