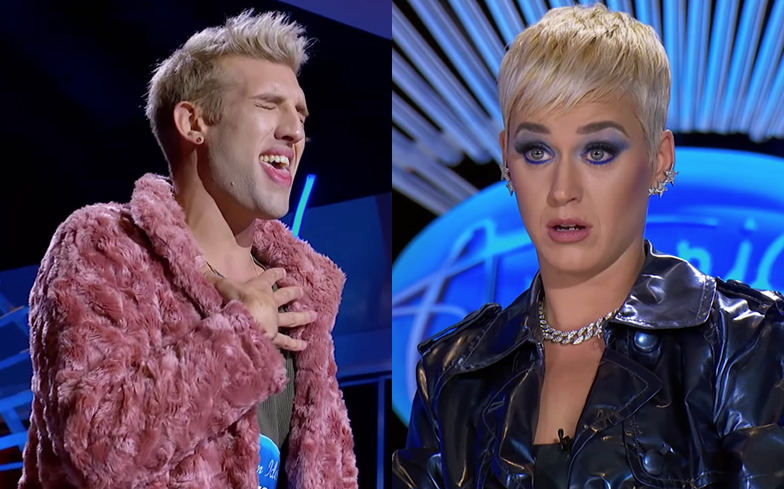 On this week’s episode of the long-running talent show, a contestant named Jorgie and his band auditioned with an original song called Heaven, which was written about a man he liked but never had the courage to tell.

“My family doesn’t know that I’m gay, so this is a really big step for me,” he said before his audition.

“It’s not just me calling them and telling them – it’s me actually being on TV and spilling the truth out. I’m here today to celebrate who I am and to end that era of being in the closet – because it’s not fun. I’m ready.”

He also revealed that he decided to come out as gay after being inspired by judge Katy Perry, who said she was “so glad” he decided to audition.

“I just recently came out and you were actually one of my biggest inspirations growing up, listening to I Kissed A Girl and knowing it could be mainstream, that helped me so much,” Jorgie said.

After performing his emotional song, Jorgie got a ‘yes’ from all three judges, with Lionel Richie saying he “nailed it” and Katy saying he has a “real chance” of achieving his dreams.