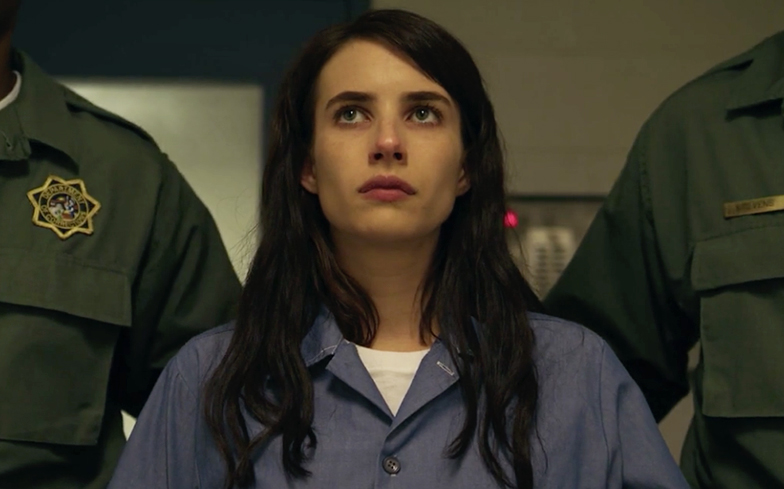 The familiar faces keep on coming.

American Horror Story’s most defining factor is its anthology structure, which sees the same actors return each season to play different characters – and, in recent seasons, sometimes playing multiple characters in a single season.

While fan favourites Sarah Paulson and Evan Peters bowed out of the show this year for the first time in eight years (with rumours of even a small cameo dashed), another beloved star made an unexpected appearance in this week’s 100th episode.

We’ll attempt to keep this as spoiler-free as possible…

That’s when actor Leslie Jordan made a surprise appearance as Margaret’s assistant Courtney to inform her that Brooke – who Margaret framed for the Camp Redwood murders back in 1984 – was to be executed after losing her last appeal.

“This kind of news cannot wait,” he says. “What kind of assistant would I be if I didn’t zip over the minute I heard? Brooke Thompson has lost her last appeal. She’s gonna be executed.”

Fortunately, that’s not the only scene Leslie’s new character appears in, as he later helps Margaret deal with her finances and discuss her earnings from the Lizzie Borden house.

We’re hoping this isn’t the last we see of Leslie this season.

Elsewhere, it’s been confirmed that 1984 will be the shortest season of American Horror Story yet. The finale episode is scheduled to air on Thursday 14 November, meaning this season will consist of only nine episodes.

This means there’s only four remaining episodes for Ryan Murphy and team to wrap up the stories of Mr Jingles and The Night Stalker – who have both just been revived by The Devil – as well as Brooke and her fellow camp counsellors.