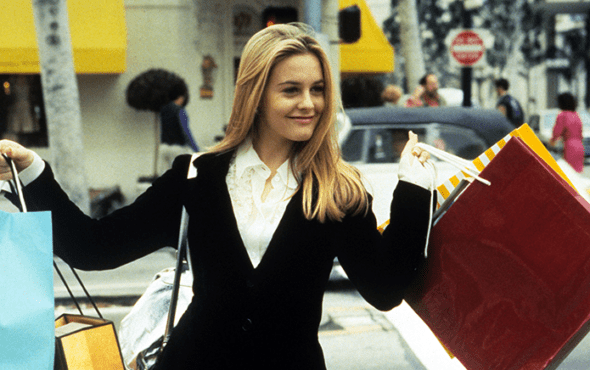 “They’ve always been my people.”

Alicia Silverstone has reflected on the impact of Clueless on the LGBTQ+ community.

Since its release, Clueless has been a pop culture staple thanks to the 90s fashion moments and witty one-liners such as, “Do you prefer fashion victim or ensembly challenged?” and of course, “Ugh, as if!”

In a recent interview with Vogue, Silverstone said her favourite part of her Clueless experience was the reception from queer fans, revealing: “I was really well-received by the gay community after Clueless came out. They’ve always been my people.

“I don’t know if it’s just this film or my vibe that’s endeared me to them, but that has always been my favorite aspect of the film. Particularly what it means to gay boys.”

The interviewer then remarked that “plenty of gay men thought they wanted to date Cher until Christian showed up,” to which Silverstone responded: “Christian Siriano is like my real-life Christian. Whenever we hang out he’s basically like my boyfriend.

“We love each other so much and I’m sure some of that stems from him really admiring Clueless and what Cher meant to him and all of his friends growing up.”

Silverstone said she’s “amazed at the longevity of Clueless” and is shocked that she’s still approached by fans on the street – even “little kids” – who often ask if she’s the Cher Horowitz.

“And I mean little little, you know? How cute is it that they’ve discovered Clueless because their parents are showing it to them?” said Silverstone.

“So many moms who were my age when it came out are so excited to show it to their sons and daughters now. I don’t know how to explain why or what made Clueless what it was, but I know it happened and I know that people continue to love it.

“And it never gets old, so that’s the good news. People always say Oh you must be so sick of it. But what’s there to be sick of? People liking the movie you’re in? It truly doesn’t get better.”

You can read Alicia Silverstone’s interview with Vogue for the 25th anniversary of Clueless here.