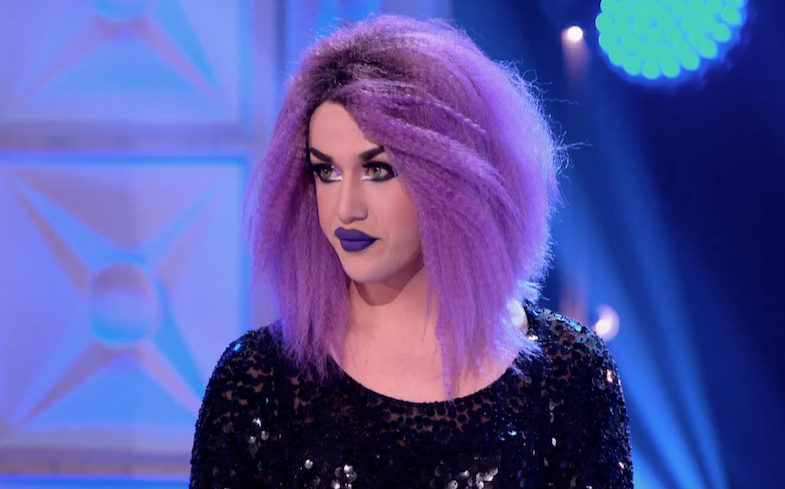 RuPaul’s Drag Race star Adore Delano has revealed the “most uncomfortable” guest judge to appear on the show.

“I regret 80% of what comes out of my mouth at times usually followed by a cringe shoulder gig, but one thing still remains true,” she tweeted. “Raven Symone was single handedly the most uncomfortable “celeb” to even stand 20 feet from.”

Adore added: “She’s a first class asshole. There I said it.”

The season six finalist made a comeback on the show’s second edition of All Stars, and was judged by the former That’s So Raven star in a tense exchange on the main stage. After receiving negative critiques from Raven and judge Michelle Visage, Adore called it quits the following episode and became the first ever contestant to voluntarily walk off the series.

“I hear her and Jessie J have sleepovers,” she also tweeted. “Other than that every other celebrity I’ve had the pleasure to be around (I hate famous people) were lovely.”

Last year, in response to a fan, Adore admitted: “Like.. you guys please trust me when I say I’m the easiest to chill with and Raven was honestly disgusting.

“She was so mean from the beginning. I smiled and she looked at me like “DON’T SMILE AT ROYALTY” fuck THAT.”

She was so mean from the beginning. I smiled and she looked at me like "DON'T SMILE AT ROYALTY" fuck THAT.

Despite not winning either of her seasons, Adore has gone on to have one of the most successful careers outside of RuPaul’s Drag Race, regularly releasing her own original music and touring the world for her adoring fans.

And while her first two albums were pure pop bangers and ballads – as we’ve come to expect from drag queens who also make music – her latest release Whatever saw the queer icon turn to punk-rock for a more authentic sound.

One of the standout tracks on the album is 27 Club, which she’s now released a sickening music video for that sees her serve looks, beautiful set pieces, and some gorgeous religious iconography that wouldn’t look out of place from Madonna.