Adele organised Alan Carr’s wedding to his husband, and the venue was pretty special 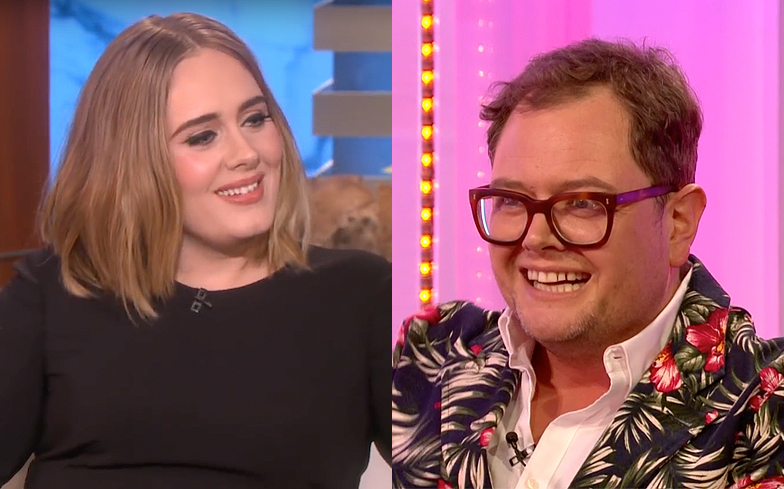 British comedian Alan Carr and multi-million-selling superstar Adele have been good friends for years, so it’ll come as little surprise she wanted to help out when he told her he had got engaged to his long-term partner.

What Alan probably didn’t expect, however, is the extent the Hello singer was willing to go to to make sure he had the wedding days like no other.

Not only did Adele offer to organise the whole day, she even hosted the ceremony and party in her back garden in Los Angeles, as well as perform live for the first dance.

“It was Adele, she planned it – it was in her back garden,” Alan Carr told The One Show of his wedding day, which took place back in January.

“We’ve known her for ages and when we told her we were getting married she said, ‘Can I please plan the whole day for you?’ So she organised everyone. She’s the kindest, sweetest most generous person ever.”

He added: “We go in there and there’s a grand piano with a man playing Ordinary People and then she sang our songs with the first dance. It was absolutely amazing. In another interview with This Morning, Alan also revealed that Adele got ordained so she could marry the happy couple.

She then flew both Alan and his husband Paul Drayton to Las Vegas to watch Celine Dion perform live, before they then went to Mexico for their honeymoon.

Earlier this year, Alan revealed that it was a growing hostility towards the LGBTQ community in certain parts of the world that prompted him to accept Paul’s proposal.

“I think over the last two years there has been a real nastiness with Trump, with ISIS throwing gays off roofs, with Russia saying gay people are mentally ill,” he said.

Related: 7 of Alan Carr’s funniest ever interviews, including Lady Gaga and Adele