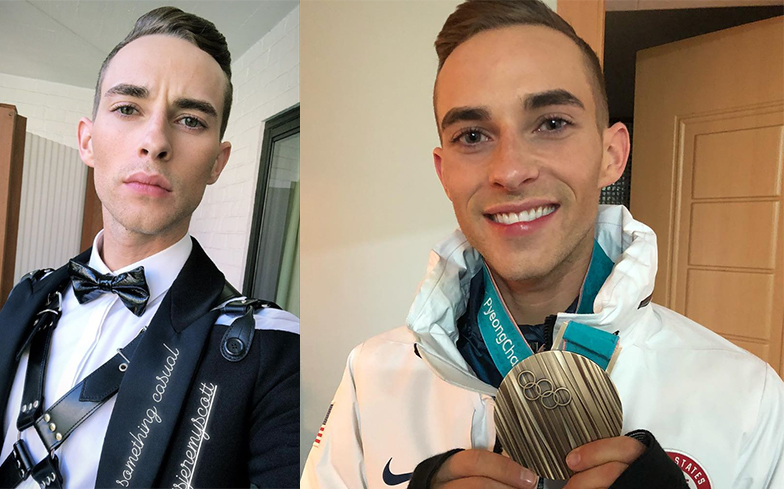 After making headlines at the Winter Olympics in Pyeongchang, South Korea last month, Adam Rippon managed to keep on stealing the spotlight when he attended his first ever Oscars on Sunday night.

While he opted for a traditional black and white tuxedo, the look was given a queer makeover by out-there designer Jeremy Scott for Moschino, who added a leather studded harness on top of his shirt and under his jacket.

“Dressed to impress in Moschino,” Adam wrote on Instagram. “Getting ready for the Oscars with Access Online! Huge thank you to the brill, beautiful, and kind, Jeremy Scott.”

Adam made his Oscars red carpet debut alongside fellow American skater Mirai Nagasu, who was also dressed by Jeremy Scott for Moschino.

“Hanging with a couple American heroes!” Jeremy wrote on Instagram.

“Mirai and Adam wearing their Olympic metals with a little Moschino for good measure! Beyond being an awesome athlete Adam is a hero for pissing off the VP!”

His outfit choice earned him plenty of praise on social media, including a tweet from America’s Next Top Model host Tyra Banks, who shared a photo of Adam’s look and wrote: “Hoe, but make it fashion!”