5 queerest moments in the first episode of Now Apocalypse 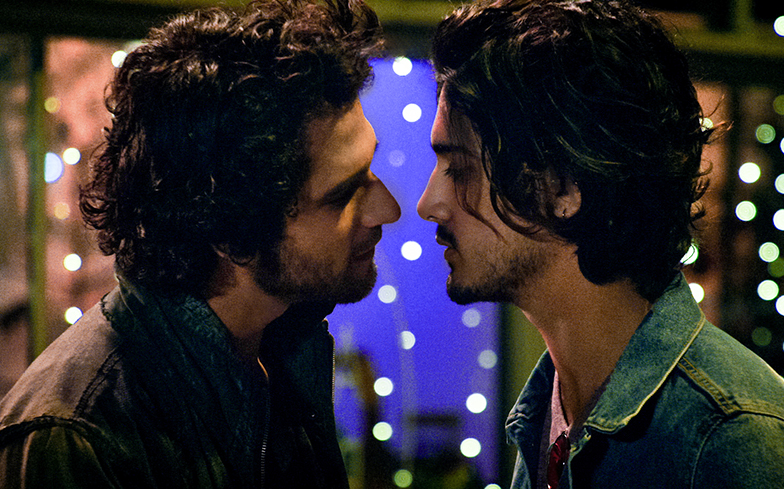 Now Apocalypse is giving the gays everything they want… literally.

In case you doubted just how dedicated this show really is to showcasing queer stories, there’s literally a gay sex scene within two minutes of the first episode. And not just any gay sex scene, an explicit gay sex scene. Unfortunately, they’re quickly interrupted, and Ulysses has to make a quick getaway through the window when his hookup’s husband returns home. “I’ve always been interested in that surreal element, exploring that fine line between reality and fantasy, so there’s that ominous dream element, and then there’s this sexuality which leads into the next scene which is basically a Grindr hookup,” creator Gregg Araki told us of the scene. “That’s always been the first scene of the pilot in my head!” Every queer man has a straight female best friend who they can talk shit and share dating advice with. It’s a fact of life. Ulysses has this in Carly, and their kinship is incredibly relatable. Not only are they there to provide emotional support for each other, they also help bring each other down to earth among the craziness that’s happening. Carly’s job as a webcam performer provides some of the biggest laughs of the show, and the feminist-friendly sex courtesy of co-writer and sexpert Karley Sciortino is a game changer. Ulysses describes his flatmate Ford (portrayed by the stunning Beau Mirchoff) as “a rare Kinsey zero” with no potential for same-sex attraction, despite the fact that they “drunk messed around” when they were roommates at college. “I love him unconditionally, and if he had even one sexually ambiguous molecule in his body we’d probably be married,” Ulysses says. Despite this, it doesn’t stop our hero from regularly fantasising about his friend, with one scene at the beach ending in an unexpected make-out session. “Why don’t we cut the bullshit and go over into those bushes over there and fuck,” Ford lusts. Of course, it’s all a dream scenario, but honestly, we’ll take it. Back when Now Apocalypse was announced, much of the hype surrounded the fact that Tyler Posey (of Teen Wolf fame) would be playing gay in the show. In the first episode, we meet his character Gabriel as he goes on a long overdue date with protagonist Ulysses. Unlike the rest of the show, which revels in its surrealism and bizarre scenarios, their date is actually incredibly sweet, and feels like a realistic representation of what dating as a gay man is like today. And then they swap handjobs in an alleyway. Hey, it had to get a little freaky somewhere. Everyone is open-minded when it comes to sex

“I’m a millennial, so sexual fluidity is kind of a requirement,” says the mostly-straight Carly in the show’s trailer. It’s a fun throwaway joke, sure, but it sets the tone for Now Apocalypse’s approach to sex pretty well. “I’m not so totally queer that I haven’t rubbed out a few fantasising about Severine. Everything in my life right now is a question mark,” adds the mostly-gay Ulysses. It’s a refreshing portrayal of sexuality as fluid, rather than static, and something we don’t often see in mainstream TV shows. Even the non-queer characters have modern encounters, as Ford and girlfriend Severine explore the joys of an open relationship, and Carly’s roommate goes on a date with a guy who wants her to give him a rim job. New episodes of Now Apocalypse are available to watch on STARZPLAY every Sunday.