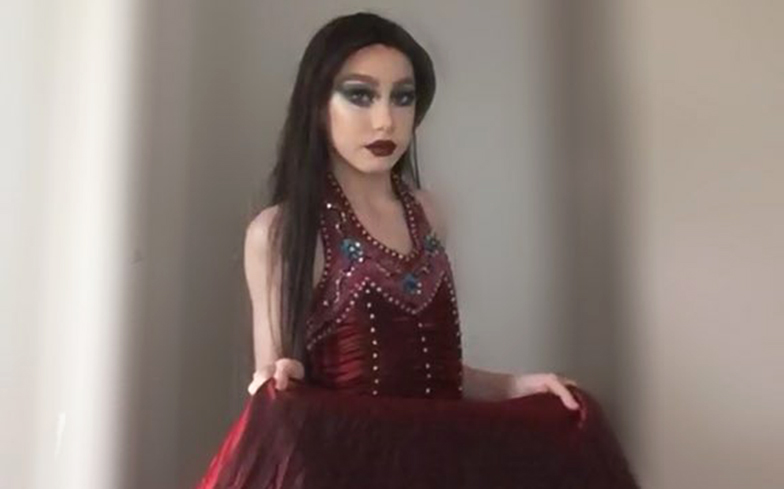 The youngster’s happy ending gets even better!

Last week, it was reported that 14-year-old Lewis Bailey, a pupil at Castle Academy in Dudley, was banned from entering his school talent show as drag alter-ego Athena Heart, as the school claimed it was “not appropriate” for children to do drag.

Lewis, who had prepared a lip sync performance to songs by RuPaul and Ariana Grande for the talent show, said: “I’m heartbroken and confused. After all the effort I have put into it, it has knocked my confidence a lot.”

However, shortly after the news broke, the teen was invited to perform his act at DragWorld UK, Europe’s largest drag convention, in August. And not only would he be performing there, he would be performing alongside some of the biggest stars from RuPaul’s Drag Race – a TV show which Lewis says is a major inspiration for his drag act – including Alaska, Jinkx Monsoon, Bebe Zahara Benet and Courtney Act at the event.

And now, it’s been announced that Lewis will also be performing at Brighton Pride on August 4. The idea was pitched to Brighton and Hove Pride organisers by Tom Jenkins, better known as drag queen Martha d’Arthur. The organisers of the event said: “Brighton & Hove Pride strongly disagree [with the school’s decision] and feel any expression of a persons individuality is a thing to be cherished and celebrated.”

And d’Arhur said: “After seeing Lewis’ story on social media on Sunday, it upset and lit a fire under me that a school would imply that all drag is somehow sexual and shameful, so I reached out to Lewis and Natalie on Sunday to see if I could offer him the amazing and positive experience of performing at one of the most phenomenal Pride celebrations in the world, in Brighton.”

Lewis’s mum, Natalie was full of gratitude, and said: “The support Lewis has had has been amazing, he’s so glad the story is out there to let others Lewis’ age know it’s ok to be different and to be proud of who they are.

“Lewis is also feeling very loved by all that have supported him and the continued support he has for the future.

“I also think the support has been tremendous it’s boosted Lewis’ confidence in his quest to prove it’s ok for kids to be different and all kids should have the love and support of people around them.”

She finished by saying: “We are looking forward to attending Brighton & Hove Pride and can’t wait to meet every one that has made this possible for Lewis.”