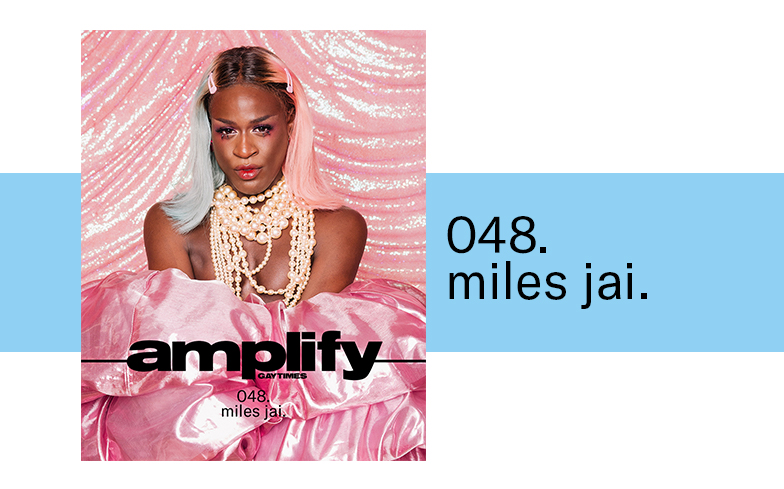 Eight years ago, self-described “professional weavologist” and “relatable queen” Miles Jai became a viral sensation after the release of LIKE MAH STATUS; a two-minute clip in which he critiques and parodies ‘like4like’ culture on social media.

Like Christina Aguilera’s Bionic, it was ahead of its time, because the state of social media now? It’s… changed, we’ll just say that.

“I used to have so much fun on social media, it was like a game, but now I want to escape it,” Miles tells us over the phone. “Social media in the next eight years will hopefully not be like Skynet from Terminator 2, let’s get as far away from that as possible. You don’t need Twitter or Facebook having control of the government.”

Here, we talk to Miles about how he’s managed to stay relevant in a rapidly changing digital environment and how he feels about this politically correct era of ‘cancel culture’ and Social Justice Warriors.

It’s been eight years since LIKE MAH STATUS – what do you think of the state of social media now?
The dynamics have changed a lot. I remember actually feeling worried about things around 2012 or 2013, maybe a little later than that. After that the social shift, the Social Justice Warriors started popping up and the other buzzword that people always use, the PC, politically correct. That’s one part of it, but there’s so much more like the actual social aspect we use now has changed. A lot of girls like TikTok now, Vine is dead, Tumblr… I don’t know how she’s doing, I think she’s okay. I believe in my Tumblr, but I don’t have one anymore, I’m going to have to strike that off the LIKE MAH STATUS clip, RIP to her.

Now that we have that SJW and the PC culture, it comes with cancel culture. What are your thoughts on that?
I don’t think cancelling really exists in the way that people think it does. At least online, it’ll be like, ‘Oh, this person is cancelled’ and then they’ll leave it at that, they won’t do any extra follow-up work on this person they wanted to cancel. They’ll just say they’re cancelled, list the reasons why and then go about their business, not really thinking about how this person they’re cancelling is still getting paid; still getting cheques from the video and probably getting more exposure from the blast on Twitter and getting more traffic back to them. I feel that cancel culture is ineffective and doesn’t do anything. I think it takes actual real action in order to hold people accountable. If you really want to quote on quote cancel someone, it’s going to take some real work – especially if it’s someone higher up.

And how do you feel about YouTube? It’s become a bit more… polished?
That’s another kind of shift in the media, it got more popular, people finding out they could make money from it, jumpstart your career and have a nice show. The mainstream has slowly started to absorb it and with that comes higher expectations, higher quality and higher levels of conformity. It just heightens everything. I had a feeling it was coming, that was going to happen eventually, but it still kinda sucks. There’s definitely video channels out there that are completely raw normal stuff and they’re doing so great right now, and I don’t want to discourage anyone from going out there, picking up a camera and doing something really cool, because you still totally can. I think YouTube, as a company itself, is focused more on creating a more standard, mainstream version of content, which is like, ‘Okay, cool, but that’s not how we started.’ I think that’s what people go to YouTube for, the authenticity and candidness, and I feel like when they don’t see that they get mad.

What advice would you give to people who are dealing with online hate?
I mean, my audience is pretty chill so it’s very, ‘Don’t start nothing, and it’ll be nothing’ and I try not to be too out of pocket toward other people, especially people I don’t know. I guess celebrities are the exclusion to that, but I’m probably never going to meet a famous person anyway. God forbid I meet Nicki Minaj! I’ve definitely gotten my fair share, I feel like it’s so much lighter than people who talk about social issues, so I don’t mention it. It’s also a defence mechanism, me not talking about hate, I feel like it lets me avoid it a little bit easier. But if you’re already getting hate, I would say ignore it and try not to engage with it as best as you can. I know it’s difficult, and I’ve had my moments where I’m like, ‘Okay, I’m going to pop off’ but if the people that are watching don’t vibe with that energy, it’s important to not do that. Because then you’ll start a quote-on-quote ‘fan war’, your mentions will be a mess and then at the end of it you’re going to be tired because you put yourself through that mess. And you’re not going to get sex from it, so you’re doing it for free, and in addition to having your time wasted. So, why go through that? Why go through making the response? Instead, I’ll just go back to my business and do what I’m doing, as this person is just another cent to my cheque. So, that’s how I think about it.

What would you say are the misconceptions that people have of you?
I feel like people think that I’m more high-energy, which I can be. But most of the time when I’m out and about, I’m pretty chill. And that’s for like a bunch of reasons. Let me explain myself, back in high school, I’d act crazy. I say “act crazy” but I was wearing loud shit. It’s like the first gay wave, when you first come out, it’s your gay birthright to be loud and gay, so that’s what I was doing. And in order to protect myself from bullies, in-between me being loud and gay, I would be quiet and make try to make myself small, as I am six foot. It was a weird dynamic, I wanted to bring attention to myself because I wanted people to know who I was, but I also wanted people to stay far away enough from me so that I wouldn’t get hurt and have someone try and bully me. I’ve lived most of my life that way, when I’m walking down the street, I subconsciously and consciously make the attempt to make myself a bit smaller, just a little incy bit, so I can avoid conflict. So, I want the girls to know that I don’t hate you or anything, I’m not having a bad day, it’s just a defence mechanism, I’m working on.

How do you adapt to a rapidly-changing digital environment?
I don’t know, I feel like in the beginning it was just me reacting to things and acting out things, just different things that were happening in my life at that moment in time. So, I think it boils down to being present in whatever moment you’re living in, and being able to articulate it in a way that is consumable and relatable to the audience that you want to reach. Now I sound like a YouTube ad, but basically that’s what you want to do. I know this sounds cheesy, but basically be yourself, be your authentic self, unless yourself is an asshole. But that’s doing well on YouTube right now so if you are an asshole, you’ll probably get a million followers in a month. So, best of luck! But yeah, just go where you want to go.

Where do you see social media in the next eight years?
That’s terrifying! I used to have so much fun on social media, it was like a game, but now I want to escape it. It’s crazy! Social media in the next eight years will hopefully not be like Skynet from Terminator 2, let’s get as far away from that as possible. You don’t need Twitter or Facebook having control of the government. I just need them to calm down a little bit. What I hope for is that there’ll be some medication happening, and a little less like brands acting like people on Twitter… That freaks me out.