It’s a country house hotel, but not as you know it… 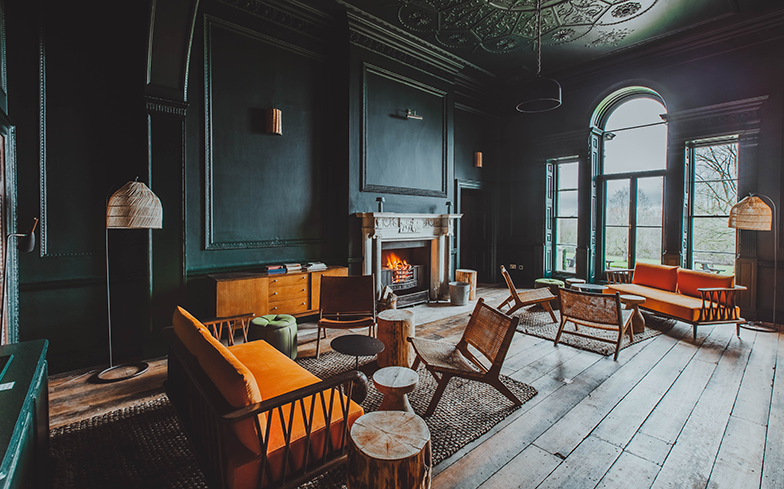 What do you get when you cross the man who masterminded the launch of Ace London, Chris Penn (big deal) and serial entrepreneur Chris King (big deal with £ signs on top)?

A country retreat half an hour out of London that might just herald a bold and beautiful and kicky new world of hospitality. And they called it Birch (Handle.Silk.Comet).

The bit in brackets is its What3words coordinates, a hint at what’s to come (more Birches!) but this first one is getting all the right tongues wagging. Which has a lot do with them taking the beloved British country house hotel concept and giving it a mighty zhuzh.

‘Birch is a space for those living in cities to escape to. Whether you’re with us for a day or a night, work or weekend, we want to leave you in a better place than when you found us,’ says Chris King. And it goes something like this…

A Georgian estate (check out the Wiki bumf. History buffs will be slipping off their designer-imposter bergères) lolloping in 55 acres of the bucolic stuff, all dedicated to wellness.

A big ol’ exhale in Hertfordshire, there are 140 bedrooms, a farm, two said-farm-to-table restaurants (headed up by Robin Gill and Ben Rand off-of The Dairy in Clapham. They know their shizz), 20 events spaces (count ‘em!), a lido where they’ll be throwing pool parties come the summer, three bars which help with the latter, a screening room, a pottery workshop so you can get your glazing in order before the next series of The Great Pottery Throw Down, in interactive bakery which gets you thinking, it really does, a co-working space but we’re not talking bumper-to-bumper down Caffè Nero, a fitness studio, art rooms and an ever-changing roster of cultural events.

And you can become a member for ready access to all of the above, but there’s none of that vetting nonsense. Everyone’s welcome. And all just half an hour from Liverpool Street Station so that frazzled Londoners can make the most of it.

Chris ‘n’ Chris want Birch to be your playground. Less hotel, more festival. An escape from the ‘AAAARGH!’ of everyday life. And we’re liking what we see.