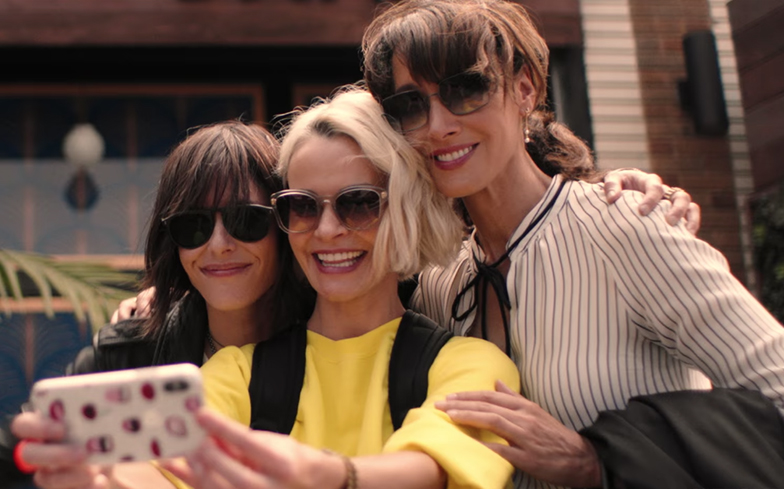 The second season of the L Word: Generation Q is fast approaching and we have a brand new trailer to tide us over.

The trailer opens up with Shane giving some romantic wisdom: “If there was ever a time to win her back, it’s now or never.”

We are then treated to seeing tense filled shots of Dani, Sophie, and Jacqueline as the issues from last season’s cliffhanger hangs in the shadows.

Resident heartbreaker Shane is continuing to prove that old habits die hard when she ends up sleeping with someone’s wife.

“I swear to god, I had no idea that was her wife, she should have come with a warning label,” she exclaimed.

Alice, Nat and Gigi give us some comedic moments as the three navigate their newfound friendship after a disastrous attempt at being a thrupple.

Bette, who ran for LA Mayor last season, tackles being single and accepting her ex-wife’s new partner Carrie, who is played by comedic legend Rosie O’Donnel.

When it comes to Micah, he reveals to Dani that he’s experimenting with his sexuality and slept with a woman. We can only assume that his relationship with his married neighbour is officially off the table.

This season looks to be full of drama, questions being answered, love and most importantly fantastic LGBTQ+ representation.

You can catch the first episode of The L Word: Generation Q on Friday, August 6 via Showtime.

Watch the full for season 2 here or below: