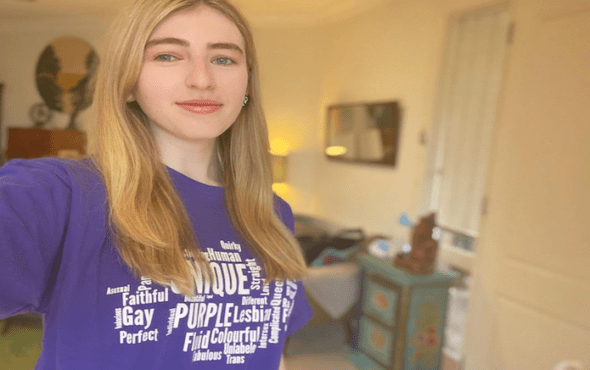 Georgie Stone says she is “honoured” and “proud” to be awarded the Order of Australia.

Stone, who is a recent addition to the cast of Aussie soap series Neighbours, made history in becoming the show’s first transgender character.

Playing the role of Mackenzie Hargreaves, the actress has received recognition for her contribution and support of transgender youth and parents. Stone accepted the award alongside her mum, Rebekah Robertson.

The award Stone received, the Order of Australia, is given to those that have demonstrated an outstanding service or exceptional achievement.

Taking to Instagram, the actress posted an emotional caption that read “What a day. I’m so honoured and overwhelmed and proud and all the feels.”

She continued to celebrate her success and thanked her family and friends for the support. “It was an honour to receive an Order of Australia today alongside my mum, and to be surrounded by people I love so dearly,” Stone wrote. “It has been such a devastating year, but this was something to celebrate.”

Neighbors, the longest Aussie TV show to run, also showed support for Stone in their own social media post. The tweet read: “A huge congratulations to our very own Georgie Stone for receiving an Order of Australia! We’re so proud”.

A huge congratulations to our very own @georgiestone16 for receiving an Order of Australia! We're so proud 🤍 #Neighbours pic.twitter.com/sxsSZCsfRx

Stone joined the cast of Neighbours last year in a few one-off episodes, but was later promoted to becoming a series regular after a wave of support and positive feedback from fans.

Stone’s character, Mackenzie Hargreaves, in the hit Australian show has become one of the few central trans characters to feature in a mainstream TV series aside from the likes of Euphoria, Orange Is The New Black, Pose and Supergirl.