Vanessa Redgrave is fighting for greater queer visibility: ‘These stories need to be told’ 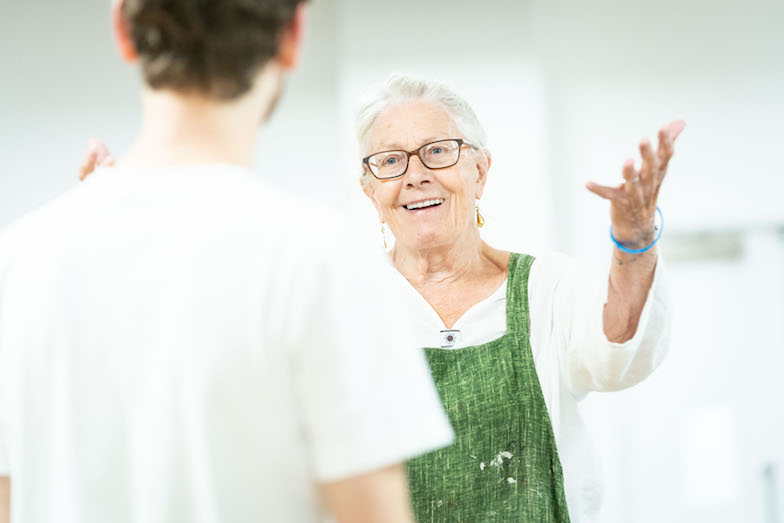 The icon of stage and screen spoke to Gay Times exclusively backstage at the 2019 WhatsOnStage Awards where she picked up a gong for her work in LGBTQ masterpiece The Inheritance.

“It was phenomenal. It was the most extraordinary gift in terms of a life working on stage. I’m 82 so it’s quite a long life working on the stage, and it was the most extraordinary gift to be part of history, this play,” Vanessa proudly told Gay Times of bringing The Inheritance to the stage, before recalling her own personal connection to the AIDS crisis that is documented in Matthew Lopez’s two-part hit.

“It’s the most extraordinary gift that I could have imagined having because it does represent something so profound and so extraordinarily written. Matt Lopez is a phenomenal writer. I can’t believe it was so good, and Stephen Daldry and our producers Sonia and David. So many of my colleagues died in the 80s and 90s, it was just awful, including my first husband.” Noticeably moved by such a discussion, Vanessa continues: “Just the actual fact this play has come out of that, I would be really worried if people like you haven’t been able to see this play… and come back twice. I agree with you, you can’t get enough of it once you’ve immersed yourself in this narrative. I had to talk to you about it.”

Adding that if there’s future life for the show, she wants to be part of it: “I don’t know if it’ll go on to New York, maybe it will, and if so I’ll be there – touch wood.”

After expressing her disbelief of how governments globally turned their back to the crisis, with them “refusing to do anything”, Vanessa begins to reveal her own personal heartache of returning to life back in the late 1980’s with this play.

Related: The Inheritance cast on responsibility, representation, and the importance of knowing LGBTQ history.

Pausing, she adds: “It’s played with such feeling at the end. It took all I could do to not burry my head on the floor. I was so overwhelmed with gratitude.” With the question of LGBTQ visibility on the table, we wonder if a lady that’s a pioneer of stage and screen thinks enough is being done to represent everyone. Vanessa’s answer is clear, and it’s playing a direct impact on ensuring queer stories of the past aren’t forgotten.

The Oscar-winning actress taking a moment before responding: “We aren’t all playwrights, are we? Those minds, where do they spring from? There are so many stories to be told, there are so many to be told, but are there people who can tell them? It’ll happen which will be great as these stories need to be told because there’s still a lot of people who do not understand or have any understanding at all.”

Hosted by drag sensation Vicky Vox and Tina – The Tina Turner musical star Kobna Holdbrook-Smith – The Inheritance was presented with Best New Play and Best Supporting Actress in a Play for Vanessa Redgrave at the 2019 WhatsOnStage Awards.

Hamilton, Patti LuPone, Six and Little Shop of Horrors were among a host of other winners.

The full list of winners can be found here.