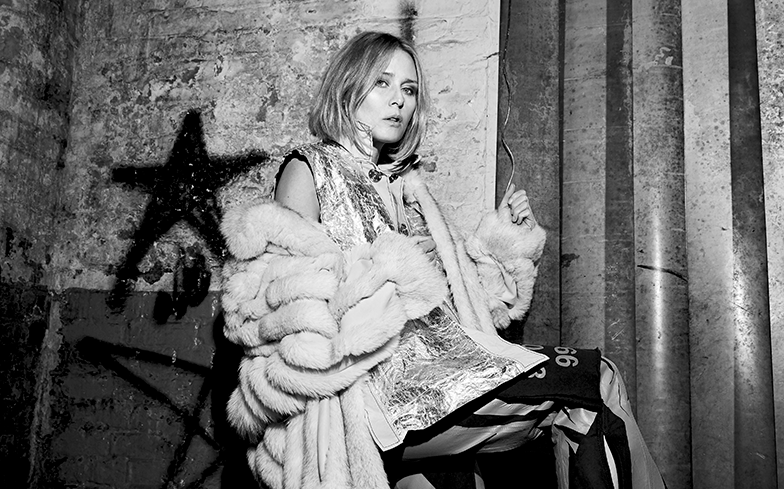 “When I was told I was a drag queen, I was shocked! I’ve come to terms with it over the years, and yes, I am.”

Irish singer-songwriter (and record producer) Róisín Murphy first became known as one-half of the trip-hop duo Moloko, who scored three massive top ten hits with The Time Is Now, Familiar Feeling, and Sing It Back, the latter of which became one of the most iconic dance anthems of the 90s.

After the band split, she received widespread acclaim for solo albums Ruby Blue, Overpowered, Hairless Toys and Take Her Up to Monto, all of which established Róisín as one of the most talented and unique performers of her generation. Her eccentric, imaginative fashion style has also garnered significant praise from the media.

This year, she’s released three incredible EPs with dance producer Maurice Fulton, so we caught up with Róisín and got the lowdown on her new material, her love for the LGBTQ community, and why she refers to herself as a drag queen.

This year, you’re releasing four EPs instead of an album. What inspired you to release music this way?
It didn’t feel like I had a Róisín Murphy album. I probably would’ve finished it more, mixed it down in the studio, had backing singers, all that kind of stuff, which would’ve taken it to an album point. I decided that it wasn’t time to release an album. The tracks all come from club culture and that club sound and so I delivered them in a classic format for the club really. It’s good to do two every once in a while, and yeah, we’ll be done by November. Do you think we can expect a fifth studio album in the future?
Well I’ve started another album, so let’s see how we get on! It’s completely different, again. It’s on the way!

It’s been a good two years since your last studio album, and I think fans are aching for one! Well I’m sure these EPs will…
Keep them going! Eight songs is enough songs for an album, so once they collect them all together they’ll have an album anyway! Hairless Toys was only eight tracks and my last album, Take Her Up to Monto only had nine. It’s not about length, it’s about the meaning of it.

How has your music evolved since your last album?
Every time I work with someone different, and it gives me another angle, which is nice. It’s completely fresh, and so I’m really lucky that way.

Which female artists do you think are killing it at the moment?
Obviously, Bjork continues to be amazing. Grace Jones continues to be amazing. And the rest of us, including me, are just their disciples. Grace, I think is the one. I’ve got nothing to complain about her. She’s still at it, and she’s still working hard. She controls the stage around her, and she changes the air. Some people are like that. Some people just have that. It’s usually about simplicity. The more complicated a performance becomes…

Do you think a lot of artists these days rely on big productions to hide the fact that they can’t perform?
Yeah. Absolutely. We’re living in an era where the technical guys are brilliant, the guys who do the lights are brilliant, the sound system is brilliant. Nothing can go wrong! You’ve got a massive LGBTQ fanbase. Why do you think the community loves you so much?
I don’t know! You tell me. I think it was in Paris when I realised I had a gay following. For my first solo album, I played a gig there, and it must’ve been promoted by a gay promoter or something, and it was packed wall to wall! Men with their tops off, people screaming to the ceiling, sweat pouring down them! I thought, ‘This is the right audience for me’. It’s how it should be. It should be fun, it should be gay, it should be united, it should be all these things that you can possibly squeeze into an hour and a half.

In the past, you’ve referred to yourself as a drag queen. Can you explain why?
Well when I was told I was a drag queen, I was shocked! I’ve come to terms with it over the years, and yes, I am. I always felt like at the beginning, when Moloko started, I was dressing up. At the time, it wasn’t cool to drag up. Everything was grunge or underground, and it was considered the height of cool to look like you’ve rolled out of bed in a t-shirt and jeans, and dragged yourself onto the stage. And I was always was more into a fantasy and a performance. So, yeah, it was drag in a way, compared to what other people are doing.

You’re touring Europe at the moment. What can fans expect from a 2018 Róisín Murphy show?
The music has more of a club element, it’s got a banging beat, so it’s more up and full on. I can tell you, compared to the last show, it’s much more banging!