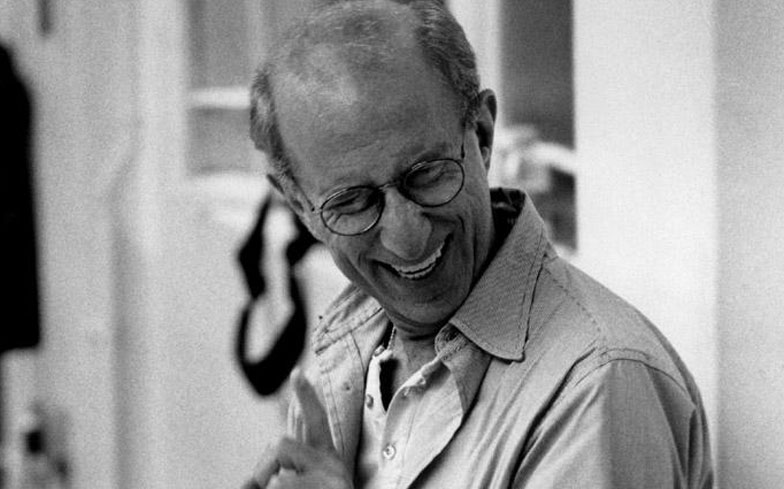 Image courtesy of Gently Down the Stream | Jonathan Dockar-Drysdale

They don’t come more legendary than Martin Sherman. Hands down, one of the most important LGBT writers of the 20th century, as he reaches 80, he can rest assured that his work – his play Bent in particular – have gone down in queer history.

Bent, which dealt with the how gay men were treated by the Nazis, up to and including incarceration in concentration camps, was an instant Tony-winning classic with Richard Gere starring on Broadway, Sir Ian McKellen in the West End and eventually a film with Clive Owen, Sir Ian again and Mick Jagger.

With dozens of other productions under his belt – everything from the screenplay to Mrs. Henderson Presents… to the Tony-nominated book for the Hugh Jackman musical The Boy from Oz – the Philadelphia native is now back in his adopted city of London (he’s lived in the UK for forty years) with Gently Down the Stream, a new play about an older gay man who falls in love with someone considerably younger, an intergenerational affair that highlights how far we’ve come since those early days of liberation that Martin was at the heart of. Do you think the older generation can take credit for the younger generation being able to feel like that?
Yeah, I do. That’s part of what it’s about, knowing the past and that things that are taken for granted today were very hard fought for.

They are very similar themes to The Inheritance…
The Inheritance is, in a sense, a continuation of work that was done by Harvey Fierstein (Torch Song Trilogy), Tony Kushner (Angels in America), Larry Kramer (The Normal Heart), myself, Terry McNally (Love! Valor! Compassion!) and others and is a great step forward into the present. A gorgeous play. I saw the first performance of The Inheritance at The Young Vic and I went reluctantly because I knew it was about themes that my play was about and was worried about it. All my jealous antenna were up. I went resisting it and for the first 20 minutes I did resist it, then I was gone. I totally fell in love. What are the differences between The Inheritance and Gently Down the Stream?
This is from the perspective of the older generation whereas The Inheritance is from the perspective of the younger generation. I think it’s important to have knowledge of the past. Working on the play, I found that the younger gay people involved really didn’t know how bad it was, how oppressive it was. I’m sure they knew about AIDS but not exactly how devastating it was at the time.

Do you feel any bitterness as someone who had to struggle that young LGBT people ‘have it easy’?
No, I don’t have that. I’m thrilled that they have it so comparatively easy. Really thrilled. Because that’s what we fought for and to some degree it’s happened and that’s wonderful. But it’s very important for young LGBT people to be aware of the past to make sure that it doesn’t happen again. Is it hard to keep the memory of the past real though?
If you’re a young African American man and you have a car, every time you get into your car, you know your history, because you might be stopped by a policeman and there’s your history in front of you. You can never forget it. Society doesn’t let you. That doesn’t happen if you’re gay. I’m not saying that awful things don’t still happen and that there’s intense homophobia and people are bullied and beaten up but in general you’re not as reminded of your past as if you’re black or if you’re Jewish and have seen countless films and documentaries about the Holocaust to remind you of what went before. We are not constantly reminded.

We also grow up in isolation, don’t we? If you’re black you come from a black family but we are often hearing the words of the enemy in our own families…
Yes, that is a tremendously good point. Absolutely correct! I hadn’t really thought of this before but in that way it’s up to an older generation of gays to take on that parental role, that family role and instruct a younger generation the way a Jewish or a black family would instruct their children. Are we where you thought we would be, when you were starting out?
We are someplace where I hoped we would be but I can’t pretend I thought we would actually be here. This would have been unimaginable to me when I was young. I’m very old but I think there has been a more rapid social change in attitudes to homosexuality than in any other area.

How do you feel about the inclusion of transgender in with lesbian, gay and bisexual?
The most profound change occurring right now is that before it was a question of sexuality, now it’s a question of gender. And that’s something that I think people of my generation when we were young, never thought about. It’s been an education for me and a very important one. And a very positive one. The idea that in the future people are going to look at the whole subject of gender in a different way is very exciting and very positive for the world. Do you miss the outsiderness, the feeling of rebellion, now that there’s acceptance?
Just because you can be absorbed into the mainstream, doesn’t mean you have to be. There were a huge amount of gay men in the theatre who didn’t want their secret lives exposed because they liked having those secret lives secret. There’s always going to be resistance from older generations when things become more accepted.

Are you aware of your legacy?
I’m proud of being part of the machinery moving things forward but it’s hard to take that in. What are you a big fan of in modern queer culture?
First of all I love the term ‘queer culture’. I love the word queer, which when I was young was a terrible word. It was a hate word. But it’s a wonderful word and I’m pleased that we’ve embraced it because it’s so inclusive. I enjoy seeing very popular manifestations of the acceptance of gay men and lesbians and I think Will & Grace is a very good example of that, the way it’s entered into the mainstream. And I just watched Love Simon, which is beautiful, absolutely beautiful and totally mainstream. I’m just so happy seeing that out there.

So, have we done it? Everything achieved? Time to put our feet up?
No. There’s one thing that’s very important: everything we’ve talked about applies to the West and we’re a very small part of the world. There are still many parts of the world where it’s still a nightmare to be gay and you can be sentenced to death. We mustn’t forget how lucky we are.

Gently Down the Stream is at the Park Theatre in London until 16 March.