For the first instalment in our three-part series with Gymshark, GAY TIMES speaks with trans Olympic weightlifting coach and powerlifting competitor Angel Flores about LGBTQ+ representation in sport. 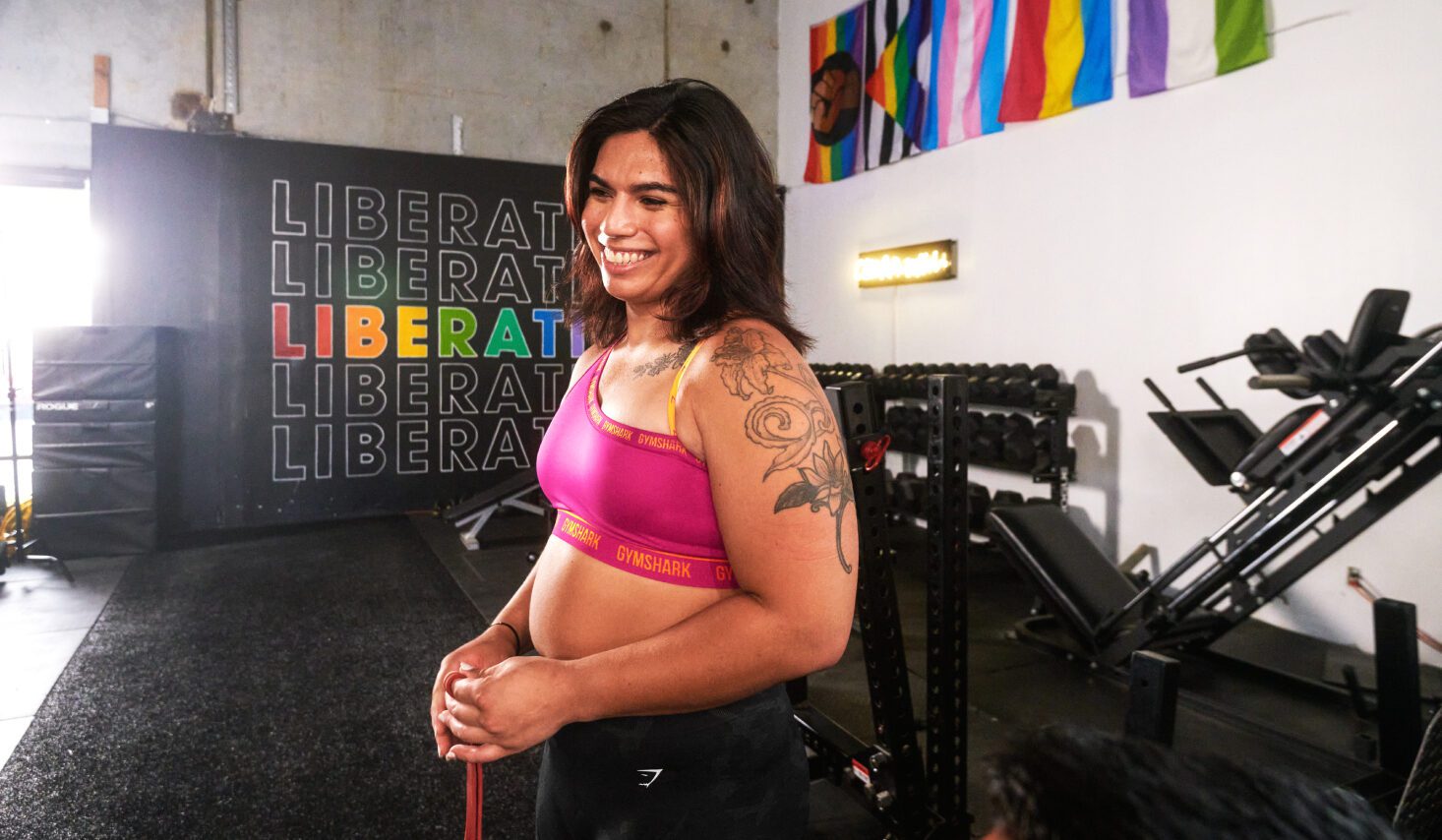 This Pride, Gymshark is celebrating and uplifting its LGBTQ+ family, their unique journeys of identity and love, their battles, their successes, their progress. Pride in Progress spotlights LGBTQ+ athletes who are inspirational every day of the year.

Gymshark featured three LGBTQ+ athletes in the campaign: Angel Flores (SHE/HER), House of Miyake-Mugler (SHE/HE/THEY) and Josh Cavallo (HE/HIM). GAY TIMES teamed up with Gymshark to interview each of these inspiring individuals for a three-part series, to have an open and honest conversation about their unique journeys. You can find out more about Gymshark’s wider Pride campaign here.

As part of the first instalment of the series, GAY TIMES sat down with Angel Flores, a trans Olympic weightlifting coach and powerlifting competitor.

Since Angel Flores appeared on the latest season of Netflix’s Queer Eye, her life has changed exponentially. “It’s been a whirlwind,” the 22-year-old powerlifter says from Austin, Texas, where she lives. “For example: the day before the episode was released, I had 2000 followers, I think. Then all of a sudden it was 10k and then in a week it was 50k and in another week it was 90k. Now I’m at, let’s see, 138k.”

A boom in Instagram followers is perhaps a given, especially considering how moving and poignant Angel’s episode of Queer Eye was. In the show, she opened up about the insecurities she feels over how she presents as a trans woman who weight lifts, and how she would often eschew more feminine clothing for loose-fitting gym wear. Of course, the Fab Five helped Angel see just how stunning she is, both in and out of the gym. But they also helped repair the relationship between Angel and her father, who didn’t understand her transition.

It was emotional stuff, which understandably led Angel to begin speaking about her journey and experiences at rallies and events. “I have kids coming up to me saying, ‘Oh my God, you inspire me. I look up to you. You’re my role model,’” she says, still a little incredulous. “That’s just stuff that I could never imagine for myself. I’m honestly still just little old me doing little old me things. But I just get to make an impact on a much wider audience.”

Admittedly, this means that Angel’s DMs are “a total mess”, filled with LGBTQ+ people wanting to chat about her episode of Queer Eye and how the insecurities she shared on the show resonated with them. “It was also especially powerful for me to not only touch people within the community but to also touch people outside of it,” Angel adds. “I’ve had cis straight women saying that while they’ve never even known a trans person, I’ve helped them see that we’re just the same. We have the same fears and the same insecurities.”

Of course, queer people also contact Angel about wanting to get into weightlifting (she does coach Olympic weightlifting and compete in powerlifting competitions, after all). “What I tell everybody is: you gotta take small steps,” she says. “So day one might be, like, a barbell squat with no weight on the bar. Day two might be a little bit more than that. And day 365 will be a lot more than that.”

Nevertheless, Angel still sees a bit of a culture barrier when it comes to queer people accessing gyms. “We can’t get queer people in the door. We can’t get trans people in the door,” she says. “There’s a lot of fear and worry that they’re not going to be able to train how they want, dress how they want and be who they are. You have locker room issues. You have issues with other members. So really, it’s about breaking down that barrier and getting queer people inspired to lift, inspired to become strong and large. Especially those who are trans femme; we definitely like to shy away from the weights and looking a little bigger but it’s about teaching everybody, ‘Hey this isn’t something to be scared of. This is something that benefits us all.’ Ultimately once we get you in a safe space, you’re going to enjoy it more than anything else.”

The benefits of training are bountiful. Not only does working with weights help LGBTQ+ people feel capable and sure of ourselves as we navigate the world, but the mental health benefits are also incredibly impactful. “I mean mental clarity, stress relief, there’s just so many things that fitness and training conditioning bring that we shouldn’t miss out on as human beings,” Angel says. “It’s about doing anything that you enjoy, even if it’s just the same old boring thing just done a little faster, like going for a brisk walk or like picking up your speed on your bike a little bit. It’s the small things that kind of help us find our moments of clarity and find our moments of drive.” 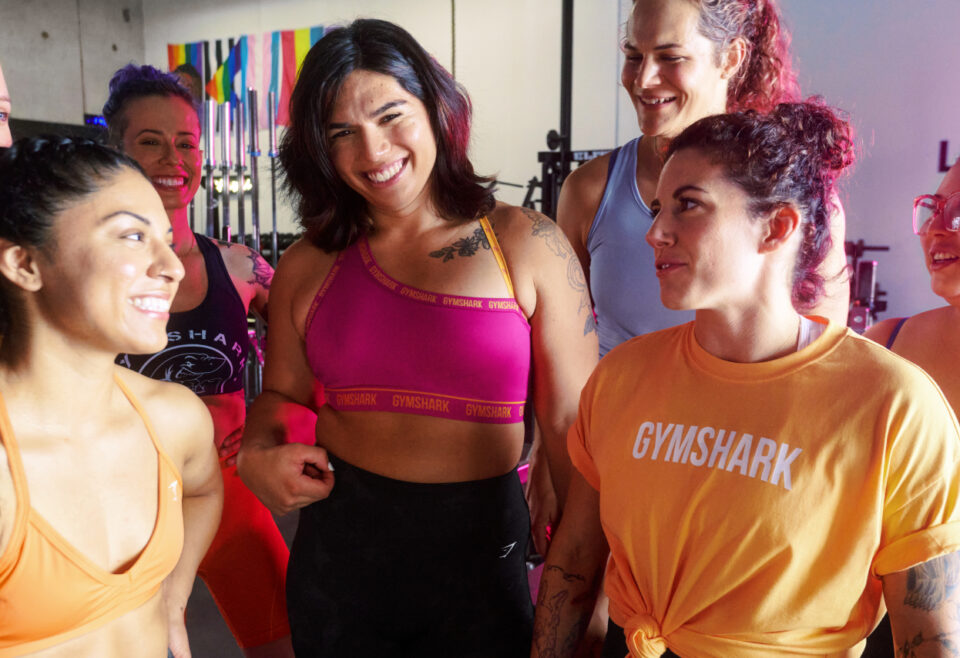 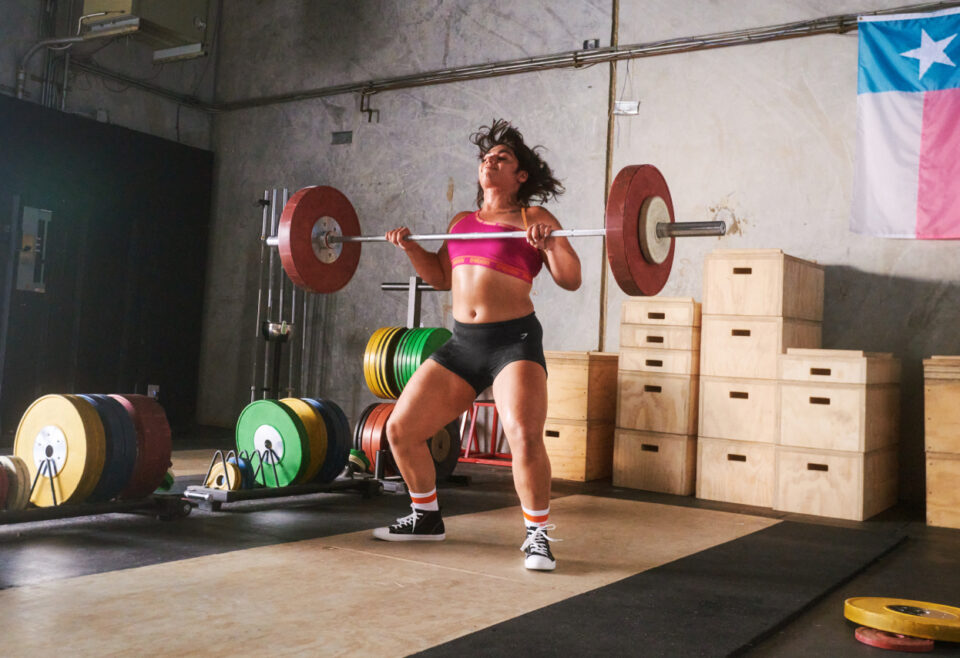 There’s also a community to be found at the gym. While Angel trains in various locations, she still frequents Liberation Barbell Club, the queer run gym from Queer Eye. “I wouldn’t be able to train without a safe space to be completely honest,” she admits. “There’s a certain point for every trans person that’s going to hit when they don’t feel comfortable in a situation. And if you don’t have a safe space to train in, well it’s no wonder that trans people aren’t prevalent in sport. It’s no wonder that we can’t even get trans people in the door because those spaces aren’t safe.”

Finding a space to train in that is not only inclusive but encouraging is paramount. “I think that even in spaces that aren’t meant for us, we can start to take up space,” Angel says. “Bring a friend in. Take your own community with you. That’s ultimately how we’re going to have to spread from here on out. You have to say, ‘Screw it, I don’t care if this place is LGBTQ friendly. I’m going to go train there until somebody tells me I can’t and then I’m going to cause a problem because that’s ridiculous.”

Finding a community among other queer powerlifters has been transformative for Angel. “I talk all the time about the trans smile and seeing somebody who’s truly confident in themselves, feeling their gender euphoria, feeling euphoria in general and happiness,” she says. “When you see that smile, it’s unmistakable. It’s huge, it’s gleaming, it’s bright and to go to a gym and see that every day, especially seeing somebody like me smiling like that every single day… Nothing pushes you harder.”

For example, she recently attended a queer lifting event in Seattle, which was “probably the best experience I’ve had,” she says. “It was a huge event. And then to go out later that night with a huge community from that gym and to laugh and all be on the same page and all understand each other in different ways was unmistakable.”

Ultimately, whatever it is that someone might begin training in, Angel feels that the confidence boost you get when you continue to achieve and get better is unmatched. “Nothing rivals that feeling of looking at the work that you’ve done and seeing where it’s gotten you,” she says. “It empowers you.  It empowers you to walk around and stand taller and to kind of like know that you are a powerful human being. You have a body that can achieve things.”

For Angel, queer people shouldn’t see themselves as weaker than anyone else. “When I was at college, I saw people in the community who didn’t lift or exercise much, so they saw themselves as weak and saw themselves as not capable,” she says. “I had to push back on every single ounce of that. You are capable. We can’t get stuck thinking that we have to be weaker or that we are weaker because we’re not.”

“We’re powerful human beings no matter where you start, where you are,” she adds. “There’s really not much to add past that. It’s really just about standing taller and smiling bigger.” 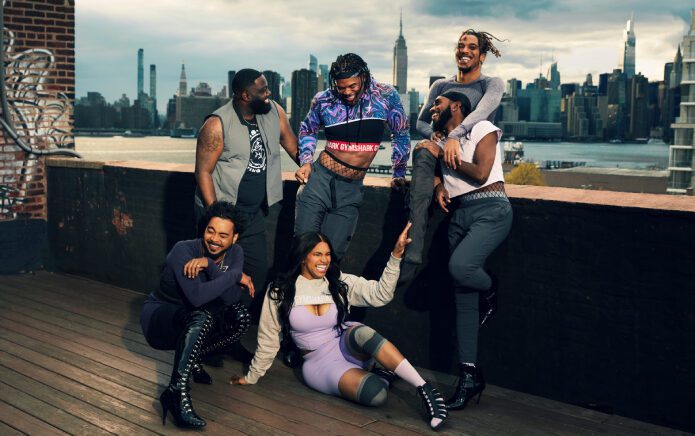 GAY TIMES speaks with House of Miyake Mugler about why Ballroom is a "sport" and their advice for people starting their fitness journey. 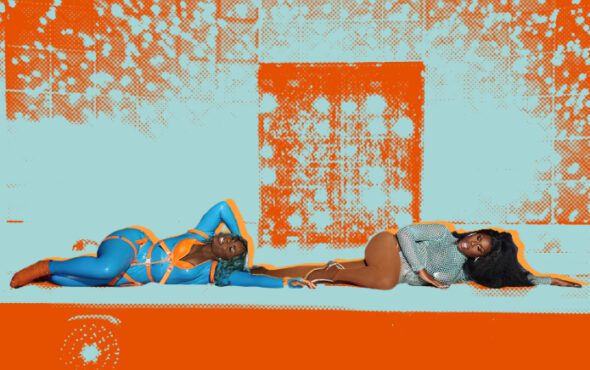 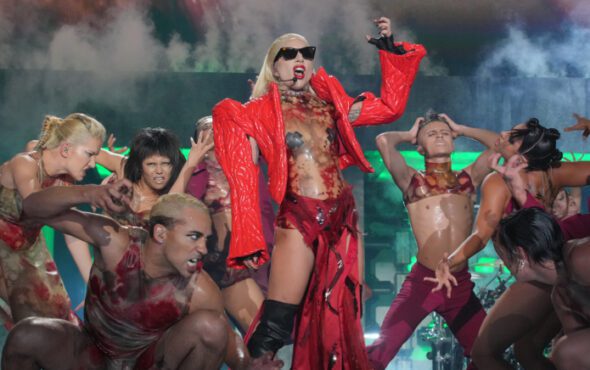 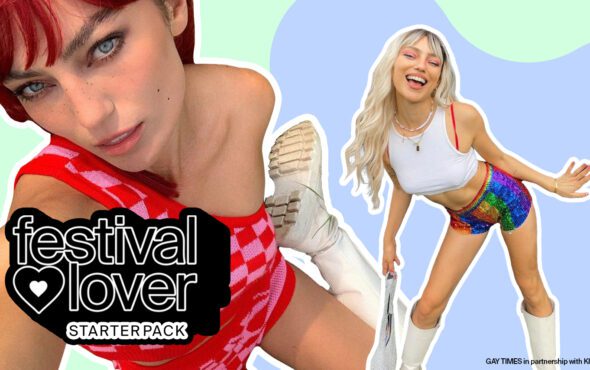