A letter from Terrence Higgins Trust’s CEO Ian Green: ‘We all have to play our part this World AIDS Day’ 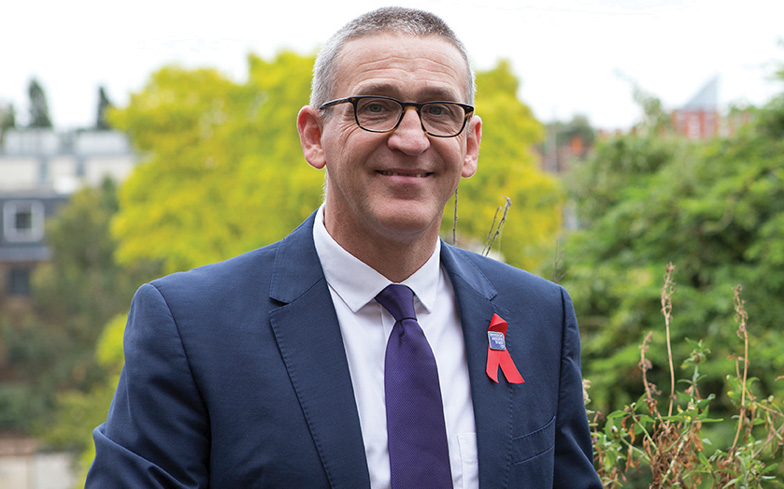 As my husband Paul will tell you, I’m not a big fan of birthdays or Christmas. But World AIDS Day every 1 December is a big one for me, both personally and professionally. It’s a welcome opportunity to take some time out from my busy life to remember all those lost much too soon – good friends who never reached the age I am now, as well as the millions of others across the globe.

I also make sure to think of Terry. Terry Higgins was one of the very first to die in the UK of an AIDS-related illness back in 1982. He was just 37, worked in the nightclub Heaven and, after growing up in rural Wales, lived London life to the full. After his sudden death from a then-new and little understood illness, his friends set up our charity in his name to humanise the epidemic and provide practical information to other gay men to slow the spread of HIV. It wasn’t until six years after Terry’s death that the first World AIDS Day was held on 1 December 1988.

The charity and the epidemic have changed a great deal since then, but ensuring we’re offering practical, compassionate support continues to be a guiding principle for us.

Now I wear my red ribbon with pride on World AIDS Day and appreciate all the opportunities the day offers to update people on the progress made in the fight against HIV, to tackle stigma and to remember all those lost to HIV across the globe. Opportunities like this one for Gay Times. But I’ve not always felt like this. I actually don’t really recall my first World AIDS Day after my diagnosis in 1996. Back then, while not exactly a death sentence, an HIV diagnosis meant your life was going to be cut short. It meant you’d miss out on things – do less, achieve less. It was one of the hardest years of my life.

That’s why I didn’t join any of the vigils that year, and I certainly didn’t wear a red ribbon with pride. Instead, I did whatever I could to block out my diagnosis and the shadow HIV now cast over my life.

In the mid-90s, antiretroviral drugs were first becoming available and I signed up for a trial in the hope it would extend my life. I thought it was worth a go. By this point I had lost several dear friends to AIDS. I took almost a dozen tablets a day at a range of different times. Some with food, some without. Some first thing in the morning, some before bed. Some to tackle the side effects of the HIV medication. The side effects were horrendous – you name it, I got it. Diarrhoea. Nausea. Rashes. Then there was the fact that they made me feel worse than when I didn’t take them and that there was no guarantee they would actually help.

HIV treatment has been one of the biggest triumphs of either science or medicine. Now I take two pills a day in the evening and they’re side effect free. My life isn’t just extended by them, it’s now the same as anyone else’s. In fact, because I’m monitored every six months or so, I’m probably healthier than the general population.

We also now know that someone living with HIV who’s on effective treatment – just like me – can’t pass it on. That’s because the medication I take reduces the amount of HIV in my blood to undetectable levels to protect my immune system, which also means it can’t be passed on to anyone else. And this is the rule not the exception. In the UK a massive 97% of all those diagnosed and on treatment have an undetectable viral load.

So, while World AIDS Day is a day of remembrance and lighting candles in the memory of all those lost much too soon, it has to also be a time for celebration. That’s because we’re now at the point where we can talk about the ambitious but achievable aim of reaching zero new HIV infections in the UK, something which seemed completely unobtainable just a handful of years ago.

That’s because we have all we need to stop HIV. People like me who are diagnosed and on effective treatment can’t pass it on, while condoms, regular testing and HIV prevention pill PrEP mean there are more options than ever to help you stay negative. But we won’t get to zero without eliminating stigma and ensuring people living with HIV can live full lives free of discrimination. Because it’s a dangerous combination of stigma and complacency that perpetuates HIV in the UK.

HIV. Three letters that carry so much baggage. Would you feel differently if I (or your date or your match on Tinder or Grindr) said I had a condition which affects my immune system? Because that’s what it is and, because I’m on effective treatment, I can’t and won’t pass on HIV. That’s why at Terrence Higgins Trust we challenge stigma and discrimination wherever possible. At the dentist, at the doctor, in the workplace and in the media. And why, when talking about World AIDS Day, I want to celebrate all that’s been achieved – the advances in testing that means you can get a result within 15 minutes, the improvements made to condoms and lube, and the free HIV treatment that keeps us well and halts the spread of HIV.

Seeing people wearing their red ribbons on 1 December fills me with a huge sense of hope. It’s a powerful symbol acknowledging that HIV isn’t over and that we need to redouble our efforts to get to zero HIV. When I look around the train or the tube and see people of all backgrounds – young and old – wearing a red ribbon the hairs on the back of my neck stand up. It shows solidarity, people standing together to remember the millions lost since the start of the epidemic and a collective will to do something about it.

That’s why it’s important you wear a red ribbon on World AIDS Day this year and every year, and think about why you’re doing it. Together we can eliminate stigma and end HIV transmissions – but we all have to play our part.

More information on the Terrence Higgins Trust can be found here.