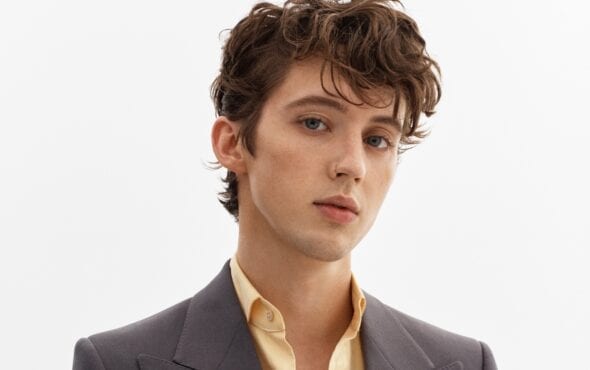 It’s giving us song of the summer vibes.

Popstar Troye Sivan has given fans a glimpse into his new music era with a series of new social media posts.

Taking to Instagram, the singer-songwriter uploaded a black and white photo of himself in all leather, white sunglasses and a retro thong number.

“And you got me round your fingertips, should be fed up w the bullshit, but everything about you I can’t resist ‘you’ April 16,” his caption read.

The new single is a collaboration with DJ/producer Regard and pop songstress Tate McRae.

Alongside Troye’s promotion, Regard gave fans an opportunity to listen to the feel-good new single via his TikTok account.

Over the past few days, Troye has been giving hints about his return to music.

Last week, the Easy singer posted a series of Instagram posts hinting at what fans can expect.

“Camera roll dump I miss you guys how are you some new ***** coming soon,” he wrote.

He continued to fuel the fire of anticipation when he posted a snippet of the track on his TikTok.

You will be Troye’s first single since releasing his Easy remix with Kacey Musgraves and Mark Ronson.

The original version of Easy appears on Troye’s fifth EP, In a Dream, which also includes pop anthems such as Take Yourself Home and Rager Teenager.