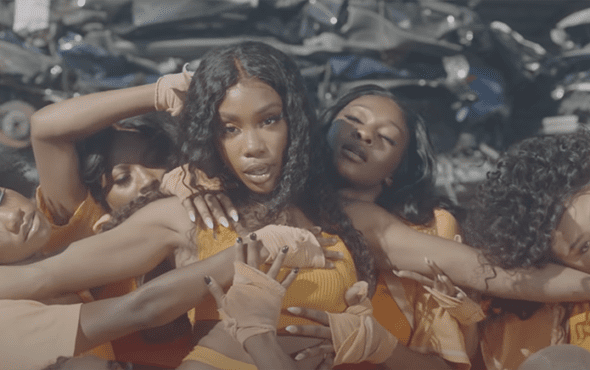 Our SZA dreams have come true!

Filled with a funky and retro sound, the R&B record showcases her incredible vocal abilities and desire to experiment sonically.

The new track features Ty Dolla $ign on the chorus, with the production created by legendary producing duo The Neptunes.

Three long years have passed since she the release of her critically acclaimed album CTRL – which spawned hits like The Weekend, Drew Barrymore, and Doves In The Wind. Since then, the singer-songwriter has lent her talents on collaborations with Kendrick Lamar, Justin Timberlake and more.

Speaking with Zane Lowe from Apple Music about the new single SZA states: “I was swimming in my brain about what I wanted to say first, what I wanted to bring energy-wise” she says. “I just stopped trying to overthink and I just wanted to give people something, just to vibe, because I have so much stuff I’m just done holding on to…this is the beginning of me rolling out all my thoughts.”

Make sure to watch the full video below for her new single Hit Different.