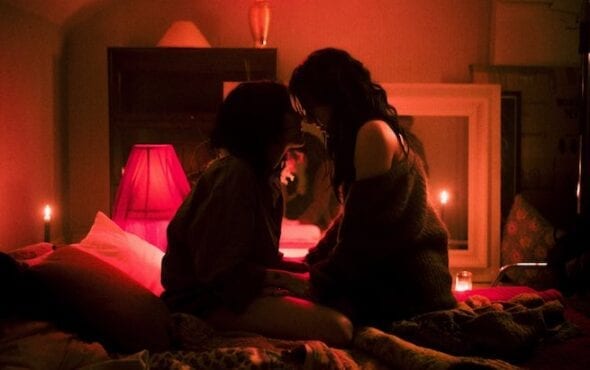 Pale Waves have released their retro second single, She’s My Religion, in anticipation of their sophomore record Who Am I?

She’s My Religion is the latest addition to Pale Waves’ new sound. The new song follows the release of their heavily inspired Avril Lavigne single, Changes.

The Dirty Hit band have built a reputation around their classic indie emo-pop sound and it seems the new album will be no different. Packed with raw, honest lyrics, the new single sees Heather Baron-Gracie open up about a queer relationship in a whole new way.

Speaking on the new release, frontwoman Baron-Gracie broke down the meaning of She’s My Religion: “She helped me find a different kind of love, made me feel like i was finally enough…. she‘s cold, she’s dark, she’s cynical, she’s forever angry at the world… she’s no angel but she’s my religion”.

The singer also gave us an insight into what the album would be about: “For me, music and art is for people not to feel so alone and isolated. I want to be that person my fans look up to and find comfort in,” she said.

As Baron-Gracie has stated before, we can expected the new album to see the young singer step forward as a queer figure and open up about her sexuality. Who Am I? will be out on February 12, 2021.

You can listen to She’s My Religion here or below: