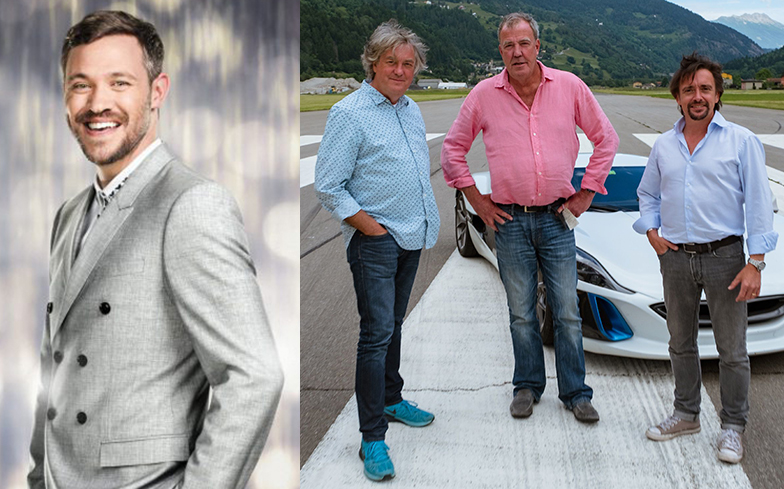 Will Young has criticised The Grand Tour over “repulsive homophobia”.

The out singer-songwriter took to Twitter to slam hosts Jeremy Clarkson, Richard Hammond, and James May as well as the show’s home Amazon Prime for perpetuating stereotypes about gay men.

In the second episode of the show’s third season, which broadcast on 25 January, Clarkson is given a Jeep Wrangler to drive, to which May asks: “Isn’t that a very popular car with the gay community?”

In response, Clarkson mocked the LGBT initialism, saying: “What is it, lesbian, bacon, transgender?”

Elsewhere in the same episode, Hammond suggests that Clarkson should wear “some nice chaps, suede but ventilated at the back” to go with his car, and mocks him for having moisturiser.

Clarkson later says the car is “bought by people who like cruising the streets of San Francisco and Key West and Brighton and Sydney”.

I used to enjoy Clarkson, May and Hammond before homophobia racism, sexism became the purpose of their TV shows.
I naively thought, maybe that's gone now.
Turn on The Grand Tour. 3 minutes in was this, followed by racist Colombia jokes and more homophobia. @AmazonUK 1/2 pic.twitter.com/K5yqyg63jV

Young took to Twitter this week to describe the three hosts as “heterosexual men SO uncomfortable with their sexuality” and took aim at Amazon for allowing the ‘jokes’ to air on their streaming service.

“Screw them and the show and Amazon (who by the way is a wonderful organisation I hope to forge a relationship with through LGBT content) for putting this shaming archaic tripe out.

“It’s insulting and they can’t rest on laurels of ‘oh we are just politically incorrect’ it’s sad and shaming, bigoted and for fucks sake grow up. How dare they stereotype gay men.

“I don’t drive a Wrangler Jeep. I don’t wear pink shirts. I don’t wear arseless chaps. You can be honest and funny without this ridiculous ‘lad’ ooh being gay and let’s laugh about it mentality. It’s repulsive and how DARE you do it and put it out.”

Hang on they are doing more HYSTERICAL things . Pink roof now on Clarkson’s Jeep AND they are playing ‘it’s raining men’ it’s SO funny I can’t contain myself. I mean being gay is just SO funny for those type of straight men @PrimeVideo

The next day, Young tweeted that he had received no reply from Amazon Prime about his complaints, and suggested that he would be contacting media regulator Ofcom about the matter.

“Enough is enough and I’m pissed and fed up,” he continued.

“I want Amazon Prime and the producers of Grand Tour to meet young LGBT who want to kill themselves because of shaming and laughter and normalising of shaming homophobic narratives.”

He then asked: “Is there a legal case? Who knows… watch this space.”

It’s certainly not the first time The Grand Tour hosts have caused controversy with questionable comments. In 2017, Hammond faced backlash after suggesting that only gay men eat ice cream.