Where are the South Asian LGBTQ role models, the game changers, movers and shakers? 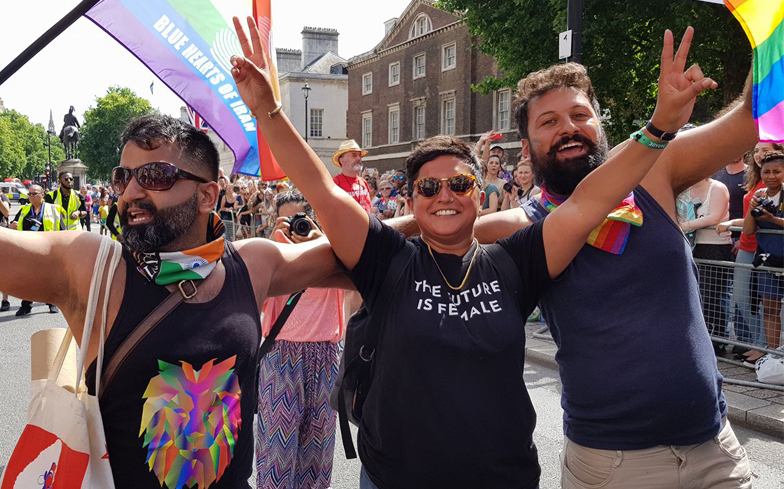 In February, we celebrated LGBT History Month, an event that aims to recognise the contributions of LGBTQ pioneers and activists and acknowledged the sacrifices and successes of influential figures past and present.

We know campaigns led by the Stonewall organisation and others led to strong political changes, most notably same-sex legislation in the UK which allows LGBTQ people to share the same rights as the heterosexual community.

For some, this is enough and the fight for equality has been won. But for many others, especially those like me, from minority backgrounds, it’s not enough.

Having prolific figures and role models helps to promote causes and spearhead campaigns for change and it seems easier when you have white British faces propelling the media. I’m constantly bombarded by caucasian celebrities and public personas, who are able to share their coming out stories, their anxieties, campaigns, accolades and awards.

It’s easy to be inspired by positive role models who might look like you and share similar narratives. These repeated images and accounts creates commonality and a community which applauds itself and prides itself on the bonds it creates through empathy, compassion and support.

However, ever since I founded the South Asian social group in Birmingham called Finding A Voice, I have become more acutely aware of the lack of visibility and representation of LGBTQ people from South Asian backgrounds, making themselves be seen and heard at events, conferences, workshops, and in particular, within the media. Where are the South Asian LGBTQ role models, the game changers, movers and shakers?

Culturally speaking, South Asian people seem to be caught up in traditions, rites and rituals and, in many cases, religiosity. I find this is more prevalent amongst the Muslim community and so, when one tried to reconcile faith and sexual orientation, it becomes more complex and oppression of self becomes the only way to survive. Some LGBTQ Muslims choose to marry for the sake of the family, appease their parents or try to portray a heteronormative relationship. I’m not going to discuss the dynamics of those relationships as that is a personal choice, and not one which I would either endorse or condemn.

There are other self-identifying LGBTQ Muslims who are striving for change and are making small steps to navigate ways to reduce stigma about what it means to be LGBTQ and with a faith. They form secret social support groups online to to promote and share positive mental and sexual health information with posts and photos, all in the hope the images would instil confidence and information which can be shared with others. This is in the hope it would increase better understanding and develop awareness of their identities and needs.

It’s the latter of the two which are under-represented in the media and are not acknowledged for their input and offerings to the LGBTQ community. These online forums are created not because they want to but because they have to. If the LGBTQ community prides itself on being accepting of diversity and inclusion, it really needs to take a good hard look at itself and represent others who are not just muscular, cis, white gay males, but the whole spectrum of LGBTQ identities which includes people of colour, faith, ages, shapes and sizes.

The gay media is one of the driving forces to societal changes and having a platform for South Asian LGBTQ role models can help to nurture confidence and the ability to express oneself without feeling pressure to conform.

Having to find South Asian LGBTQ role models and reaching out to them, acknowledging and reciprocating to their needs is another way to ensure our voices are not lost and we can be represented in LGBT History Month without the need to feel isolated, or be the only brown face in a white space.

The irony of it all is that during LGBT History Month, tributes are rarely paid to Marsha P Johnson, a person of colour who was one of the vanguards of the Stonewall uprising in 1969, which triggered the campaigns for acceptance. Voices of colour are drowned in a sea of whiteness and white privilege, and it appears the equality margins have been achieved.

However, for someone like me, a British South Asian, middle aged, gay, Muslim man, the fight for equality continues to be fought.