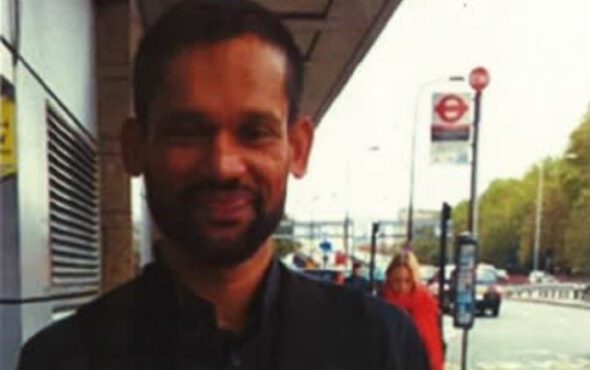 The victim of a suspected homophobic murder has been named by police as 50-year-old Ranjith Kankanamalage.

The 50-year-old, who was known as Roy by friends, was declared deceased at the scene by members of the London Ambulance Service who arrived at around 6.30am.

He was found to have a head injury and a post-mortem examination later ruled that the cause of death was blunt force trauma to the head.

In a statement released by police, it was confirmed that the “incident is being treated as a homophobic hate crime”.

They urged the LGBTQ+ community in the area to report anything suspicious to police immediately, especially at night.

According to the Met Police statement, Kankanamalage’s family is being supported by specialist officers and they have shared an image of him in an appeal for those with information on what happened to come forward.

He added: “Whilst such incidents are thankfully still very rare in London, I want to reassure that community that my officers and specialist detectives are working tirelessly to bring those responsible to justice.

“I also want to be really clear that there is no place, at all, in London for any form of hate crime and the Met is absolutely committed to tackling it and supporting victims. We are here for you.”

A 36-year-old man who was arrested in connection with the investigation has been released on bail.