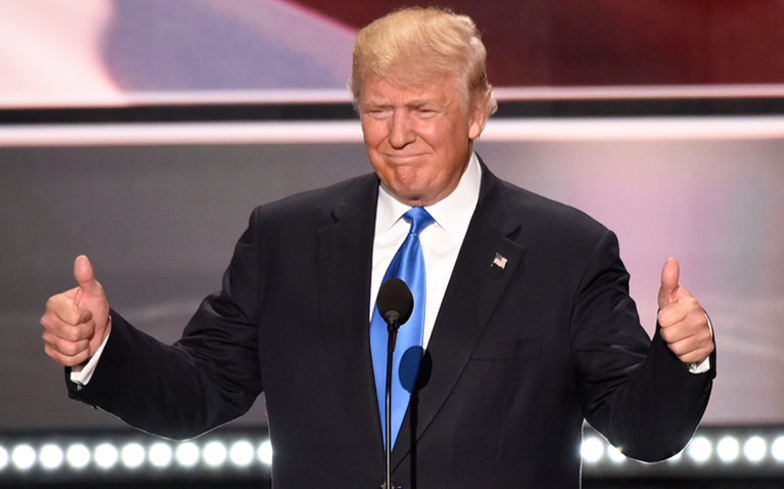 At a press conference on Tuesday (20 August), the President of the United States was asked if he’s in favour of his administration’s new proposal that would allow businesses discriminate against LGBTQ people in the name of religious beliefs.

“Well you know, I just got an award and an endorsement yesterday from the exact group, you saw that – is it the Log Cabin group? – and I was very honoured to receive it,” he said, deflecting from the actual question.

“As you know, Peter Thiel and so many others, they’re with me all the way and they like the job I’m doing, and I just got a big endorsement from the Log Cabin group, yeah.”

REPORTER: Mr POTUS, your administration has been taking steps to make it easier to discriminate against LGBT people in the workforce. Are you okay with that?

If the Trump administration’s new proposal passes into law, it will allow businesses with federal contracts to cite their religious beliefs as a reason to discriminate based on sexuality, gender identity, race and many other characteristics.

Even worse, the Trump administration have claimed that it is legal to fire someone because they are transgender, arguing that Title VII of the Civil Rights Act of 1964, which protects sex, does not include transgender people.

“Title VII does not prohibit discrimination against transgender persons based on their transgender status,” the filing from the Justice Department says.