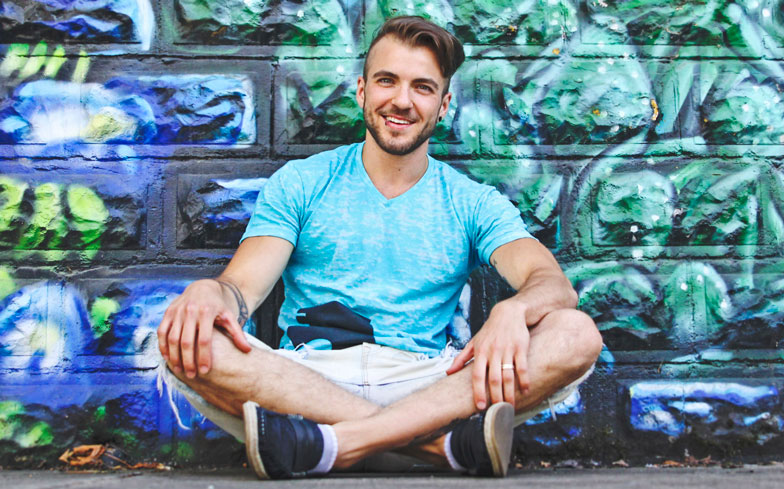 The year 2015 was not only an monumental year for myself, but also for LGBT+ history.

2015 brought transgender identities to mainstream media. It was a prideful time for the transgender community. We were able to start sharing stories of “different” kinds of women and men – letting the world know we exist and we aren’t going anywhere.

For me, saying things like, “I run a transgender clothing company,” was no longer such a far out thing to have to explain. Most people had at least heard the word transgender before, or have seen Netflix’s Orange Is The New Black, which had its place in enlightening people about the existence of transgender people.

But as 2016 rolled around, fear became the dominant feeling of the entire LGBT+ rainbow family, and word of a ‘downfall’ started to emerge. It wasn’t all dark clouds yet – not until November of 2016 at least. We were getting rights on where we could pee; loosening the ropes on things like gender markers, and name changes; and we finally started to get true coverage for our medical needs as transgender patients.

In 2017, transgender people aren’t exactly as ‘lucky’ as we once were in 2015/2016. The United States administration has slowly begun to strip away our rights. From transgender youth suffering from even more bullying in schools due to their restroom preferences being dictated, to our administration openly stripping LGBT+ language from our civil rights laws, to states like Mississippi allowing discrimination of our community based on religious values aka the ‘religious freedom’ act.

You can read all the attacks on Transgender people thanks to the National Center for Transgender Equality. While transgender individuals are being pushed to the back of the ‘needs’ list, our actual needs are growing each and every day as more and more people open up about their transgender identity.

I took my health needs into my own hand back in 2012 when I opened a transgender clothing company to gain funds for my life saving Top Surgery. Through my company point5cc.com, I began a binder exchange program, breast form program, and after gaining the funding of my own surgery I started to collect funds to help fund other peoples surgeries as well.

In the wake of the election, and some missed opportunities due to not being a 5013c status, my great friend Jeff Main and myself began the work needed to build out a separate non-profit that would continue on with these programs, called Point of Pride.

Today I come to you asking for your support. Point of Pride now has a budding board of eight people including Trans Masculine, Trans Femme, Trans Femme of Color, and Non Binary identities. We have volunteers that also fall under our Transgender Umbrella, and look forward to gaining more support from all over our gender spectrum.

This November marks Point of Pride’s first birthday, as well as the next round of transgender surgery scholarship applications. From now until 30 November, we will take applications from our website pointofpride.org asking those who are struggling to make ends meet and save the needed funds for their personal needed transgender surgery to apply.

We also ask those who are fortunate enough to be able to afford their surgery, or if you are an ally to the transgender community, to help us by donating to our cause. Donations are by far the number one way to help this newly named 5013c non-profit Point of Pride continue on another year helping aid those less fortunate in an already undernourished community. You can also help by spreading  the word of Point of Pride by sharing this article or anything you see on our Twitter, Facebook, or Instagram account.

Check out more stats on our surgery fund by checking out last years infographic here.