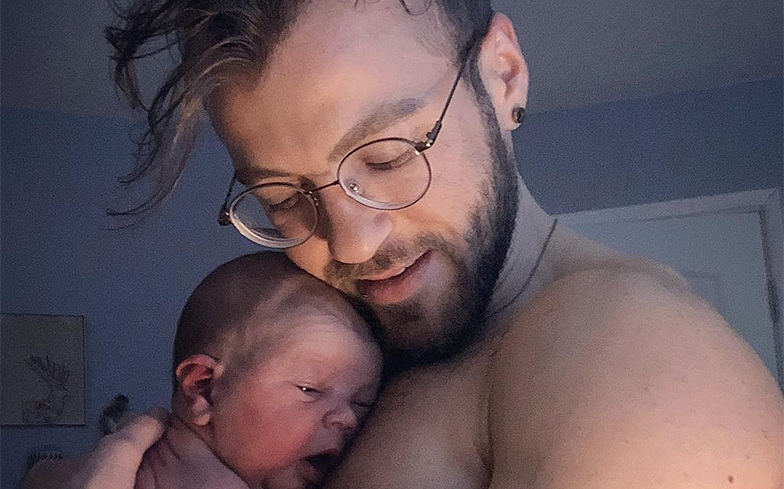 Aydian Dowling and his wife Jenilee have welcomed their first child into the world.

The model and activist, who was the first trans man to appear on the cover of both Men’s Health and Gay Times, took to social media to announce the exciting news that his son, named Antler, had been born on 1 November.

“My life is forever changed because of you,” he wrote, before sharing some emotional words about becoming a father.

“I promise to love you more than I’ve ever loved before. I promise to show you what it is to be a kind and loving human. I promise to be the example so you can learn not from just my words but from my actions.

“I promise to show you my fears and my weakness so you may know what true strength looks like. I promise to never let you go.”

Aydian explained that he and Jenilee chose the name Antler because deer had been shown to them “throughout [their] entire pregnancy journey” and because the antler symbolises “the cycle of death and rebirth” among other things.

“Since Jenilee and I have been together we have been reborn many times. We together have been through death, great change, disappointment, happiness and now birth,” he wrote.

“The deer shown to us reminds us to trust that no matter how dark things can get, the sun will always come back to shine.”

He also said that Antler’s middle name, Joseph, is a “tribute” to Jenilee’s father, who died during the first year of their relationship.