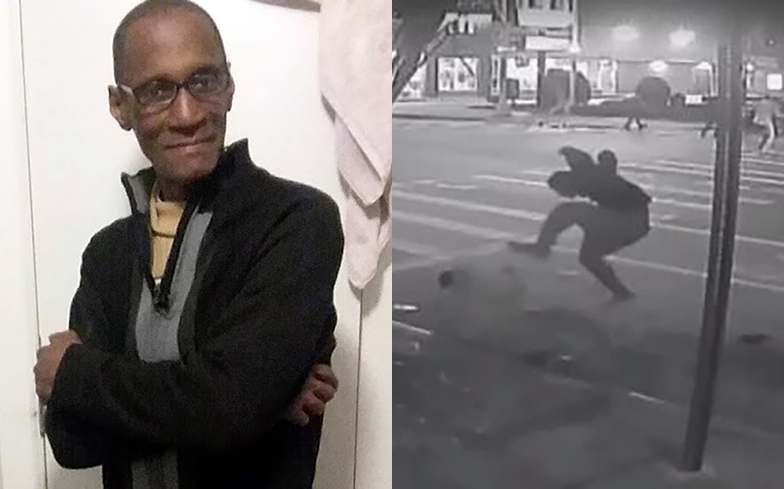 Police are yet to confirm if other members of the gang have been captured.

Three teenagers have been arrested for the murder of Juan Fresnada, a 60-year-old gay Latinx man was viciously beaten to death in The Bronx, New York in the early hours of Christmas morning.

Fresnada and his 29-year-old partner Byron Caceres exited a McDonald’s around 1.30am when a man approached them and demanded money. A gang proceeded to attack Fresnada and repeatedly stamped on him as Caceres watched.

During the attack, Fresnada attempted to defend himself from the attackers with a trash can.

After Caceres fled the scene to seek help, he returned to find his partner on the ground with severe head injuries. The attackers reportedly used the same trash can to beat Fresnada, leaving him with a fractured skull and bleeding in the brain.

Video footage managed to capture the entire attack and the faces of the attackers, but alarmingly showed that no passing drivers or pedestrians attempted to help Fresnada.

“My husband tried to defend me,” said Caceres. “The guy had his fist ready like he was ready to attack me. My husband said, ‘Don’t you get close to him.’ They were beating him for 10 or 15 minutes. I went back and found him on the floor.”

The couple’s friend Tony told NBC New York: “The guys just told them ‘Give me the money, give me the money.’ He was like ‘I don’t know what you’re talking about.’ It’s just sad that someone would do someone so drastic to someone.”

Fresnada succumbed to his injuries in hospital just a few days later. The attackers took $1 from him.

Now, a 14-year-old boy – who hasn’t been named – has been arrested alongside another anonymous 15-year-old and an 18-year-old called Abu Conteh. Police are yet to confirm if other members of the gang have been captured.