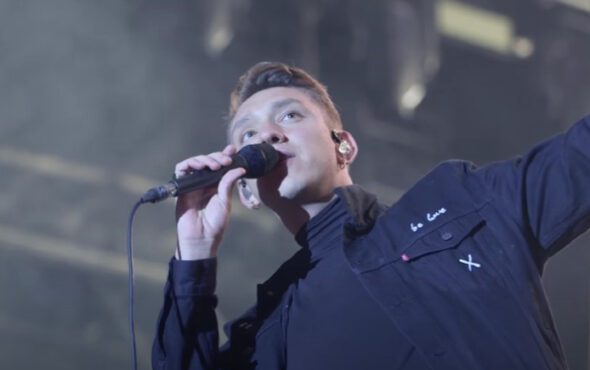 The xx’s Oliver Sim has shared that his new song is about being diagnosed with HIV when he was 17-years-old.

“Early on in the making of my record, Hideous Bastard, I realised that I was writing a lot about fear and shame,” he wrote on social media on 23 May. “I imagine that might paint a picture of a dark, ‘woe is me’ sounding album, but in recent years I’ve become a firm believer that the best antidote to these feelings can be bringing them to the surface and shedding some light on them.”

He explained that during the process of making the album, he “realised I’d been circling around one of the things that has probably caused me the most fear and shame. My HIV status.”

Oliver continued: “I’ve been living with HIV since I was 17 and it’s played with how I’ve felt towards myself, and how I’ve assumed others have felt towards me, from that age and into my adult life.”

Hideous was produced by Jamie xx and features Jimmy Somerville, who Oliver described as “a guardian angel” and praised for being “such a powerful voice around HIV & AIDS for decades”.

“After playing the song to my mum, being the protective and wise mum that she is, she gave me some of the best advice I’ve ever received,” he added. “She suggested that I spend some time having conversations with people in my life first. Either people I hadn’t told yet, or people I had told but hadn’t wanted to talk much further on it.”

Oliver stated that since writing the song, he has “spent the past two years having those conversations, which was difficult and uncomfortable to start with, but has allowed me to feel a lot freer and has only strengthened my relationship with myself and with the people in my life.”

Ian Green, CEO of Terrence Higgins Trust, said that Oliver sharing his HIV status “will have a huge impact.”

“We’re sure that many more people will find out about the incredible progress that’s been made in preventing, testing for and treating HIV because of Oliver,” Green added. “Including that we can say with absolute confidence that someone living with HIV and on effective treatment can’t pass it on to their partners.

“But, as Oliver’s song shows, stigma remains a huge issue for people living with HIV and has a significant negative impact on wellbeing, sex and relationships. It also stops others from coming forward to get tested and access life-changing treatment. That’s why it’s so important we’re all working towards a world free of HIV stigma – because only then will we also be able to end new HIV transmissions.”

NEW: Today Oliver Sim from @The_xx has shared for the first time his HIV diagnosis at 17.

Oliver’s track Hideous explores the impact of his diagnosis on him and the feelings of shame he experienced.