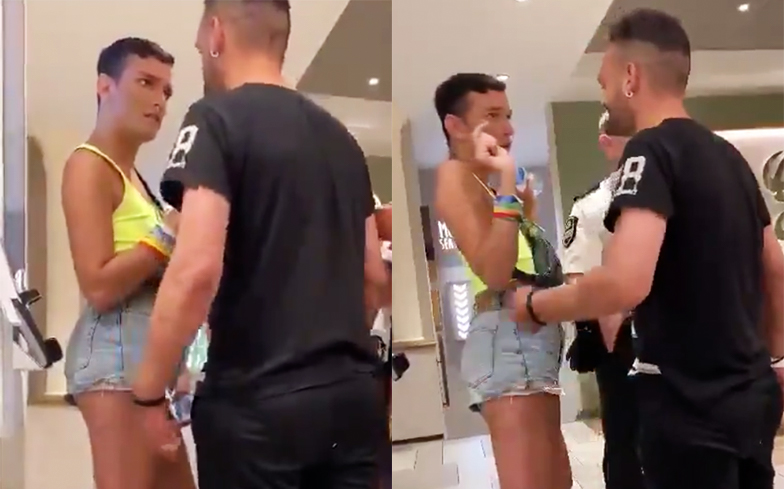 “I’m going to beat you till you become heterosexual.”

Shocking footage of a homophobe telling a man he’ll “beat the gay” out of him has gone viral on social media.

In a McDonalds in Barcelona on 28 June- just before Pride celebrations commenced in the city – the anti-gay attacker threatened to assault a gay man because he “didn’t agree” with the sickening outfit he was wearing.

In the footage – which has garnered over four million views on Twitter – the man can be seen saying: “I don’t care what day it is, it is also a good day to punch you. Do you want to see? I’m going to beat you till you become heterosexual.”

He also tried to justify his comments by saying there were children around who wouldn’t want to witness his attire, before adding: “When you go out, I am going to hit you so hard your queerness will disappear.”

The victim attempted to stand up for himself, while a security guard stood in between them. The homophobe was later removed by another man, and police ultimately showed up to the scene. However, the victim chose to not press charges.

Organisers at Pride Barcelona condemned the attack with the following statement: “We are completely outraged by the serious episode of homophobia suffered yesterday in an establishment near Plaza Universitat.

“We offer all our support to the victim and we encourage him to make a report to the Observatori against Homophobia.”

Barcelona’s mayor, Ada Colau, also showed his support for the community, raising the rainbow outside the city hall. “Homophobes are not welcome in our city, we will work side by side with LGTBI groups and we will not tolerate any discrimination,” he said.